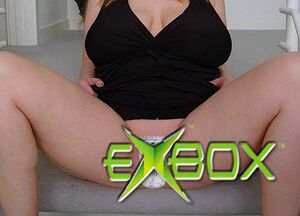 My ex's box was enough to make a man cringe and gag from the smell of it alone. I think George of the comedy duo, Otto & George would describe it best by saying "She has a stankay poosey... smells like hot garbage" and it would not be exaggerating the truth of the matter one little bit.

Now I've smelled some bad smelling shit before, but her pussy has to take the cake. The smell of her cunt is not that normal smelling pussy smell, no. Normal would be either odorless, or maybe odorless after you have licked off the salt 'n vinegar tasting skin layer, left from a recent douching. Or the other regular smells of a pussy such as piss, fish & ass etc...

I wish she had a smell like those. But my ex's box was something else.

Her box smelled like a combination of all the things previously mentioned, then, on top of that, add some dog shit, sweaty gym socks and leftover cat food (post digested), and anything else that smells worse then a 13-year-old male's bedroom after a hot night alone with a dirty magazine. The first time I smelled this I was just giving her the finger, and after she'd cum and slipped off for a tinkle, like any of us guys do I decided to sniff my fingers that had just been inside and up there. Expecting a pleasant aroma that would make my eyes slowly close as I sink back into the bed, dreaming of how heavenly she smells....well, that thought was cut to a screeching halt, as I sniffed what I can only describe as curdled pussy juice.

It was horrible! It smelled worse than shit, and made my stomach turn, made it turn right up against my spleen, which itself turned in the direction of my left kidney. I scrunched up my nose in disgust and tried to wipe it off as I wondered if I'd been fingering the correct hole? But then I discovered something else just as disgusting: the smell would not wash off! I wiped my hands on the bed, the pillow, the carpet, the drapes. . . you know, the typical things within reach of a man after sexual engagements. So I figured I would have to go to more extreme measures and actually wash my hands under water.

So I washed my hands under running water. . . then dried them, and wouldn't you know? The stinking smell of her foul cunt was still there! So next I tried soap, I washed them for a good five minutes or so, but even that did not work, 'cause my fingers still stank of her evil pussy stank.

I swear to you, it takes less time to get the smell of shit out from under your fingernails during those times you wipe your ass and your finger breaks through, usually every-time you shit something liquidity or have diarrhea. . . you know what I'm talking about? Of course you do, don't even try to deny it. Well, that shitty situation's outcome is easier to wash away than the smell of my ex's box. 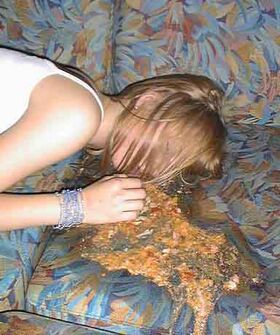 I tried to get my ex to smell where she had been sitting, but she just kept telling me "I don't see or smell anything, so bugger off."

Chapter Here For The Hell of It[edit]

I found the only way to truly get the smell off was to wait at least 38 hours for my skin to shed off, and each day the new layer of skin would help the invisible stink stain lessen. In the waiting period between the shedding of skin layers I would either soak my hands in a rubber glove filled with soap and turpentine, or else just keep washing my hands with very strong cologne. This just resulted in a combination of the smells mixing. . . one time it smelled like someone had tried to soak a turd in perfume. But it soon became something like a "scratch & sniff", because just as my finger began to smell nice I'd scratch a little more skin off and out would flow that god awful smell again.

So far, I have only told you about the smell of it. But what was even worse was my sexual performance. She came back from one of the bathroom breaks wanting to fuck. Now at first, ole Captain Winky down there stood upright at attention with his tongue out panting for a scrounge around the tunnel of love. . . however, when she dropped her underwear and went to mount my cock, I guess my dick has smell receptors, because Captain Winky went limp at the sight and scent of her Cave of Cunnalingshit.

I think in my mind, I was thinking, if that smell is so bad on my fingers, whats it going to do to my cock? I was in the fearing place, thinking of having a cock that smelled like her skanky cunt, and believe me, my cock can smell bad enough on its own. . . like someones sweaty gym socks laced in old cheese mixed with 100% A+ grade sweat... but the thought of contributing to the recipe with whatever her cunt spawned--the smell from hell this chick had--well, me and the Captain just were not going there. 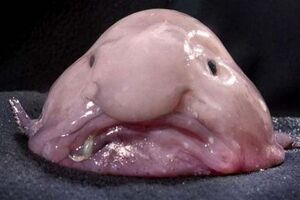 However, there is a pleasant moment to this story. After a few tries... well, actually, after a few days when I had enough baby-batter boiled up that I would have fucked a black snake with an in-festered ass, I managed to forget the smell and ram my cock inside her vagina... and to my surprise, there was a pot of gold at the end of the rainbow, as never had I been in a wetter and so tight pussy. It's good to have a girl you don't feel like you're throwing a hot-dog down a hallway when you're inside of, but I guess thats probably cause I was boldly fucking what not very men, if any, had had the strength and stomach to fuck before.

I split up with that girl later on down the track. . . I wasn't sad at all, I was glad to be rid of that smelly cunt. . . but I do miss the wetness. Plus, I guess I will never know what caused such an awful smell in her box. I had another theory: maybe she was drilled so hard once that it broke a hole from her pussy tube to her ass line and maybe the two function now act as one unit?

And so that concludes my story, and I will have you know, it is a true story. You may ask, why? Why would you not ask her to simply wash it? Well, were you not listening? If I couldn't wash the juices off my fingers with hours and days of scrubbing with soap and water, then what's the point of asking her to wash her hootch? She'd just end up turning perfectly good water into sewerage.

And for those of you wondering why I didn't say anything to her. That answer is simple. . . because I am male. When a woman says to me, as they often do, "Your balls stink, go wash them" I jump up and wash my balls so clean that they sparkle. And I do it in record time (14 seconds) to be back with that chick and ready to get it on. But a man, well. . . unless you're married and have gotten to the "Who cares if I say the wrong thing here, I can wait another 6 months for sex" stage, then he is going to shut his mouth, hold his breath, and hold back from gagging. 'cause he aint gonna blow his chances of getting himself some pussy. . . clean or smelly. 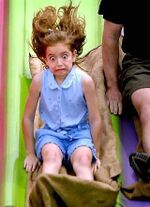 This is how I suspect my ex-girlfriend's facial expression would look when she finds herself in one of those situations, like guys do, where they don't change their underpants for a certain amount of time (14 seconds), do a lot of sweating, then go take a dump. They end up with this facial look when they drop their pants and get blasted in the face from the stench of their own smelly ballsacks.

So I guess the moral of this story is, no matter how bad the pussy is, you can still fuck it. But, please, ladies. For the love of fuck, please wash you pussy, and watch out for the signs your pussy needs a cleaning. Such hints might be when your man is going down on you and has to push his nose into your asshole for a breath of fresh air.

Ode to the Stanky Pussay[edit]

I delighted in her clit smelling of stale piss
Because the rest of her cunt smelled like shit,
When I went down on her I fell nauseous from first whiff
But it didn't stop me from testing the waters with my dick.
And even tho my cock now smells worse then shit
I somehow wonder if it was all worth it?
Was heaven disguised in a tunnel of grit?
Or did I fuck it, because I'm just that fucking sick?"