A humorous story in the vein of James Joyce's Dubliners. 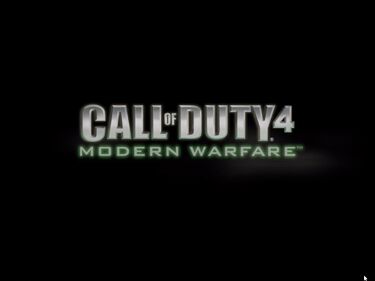 Edward Bennet got home at a little past three o’clock after staying after school for Model United Nations, or Mun as it was called. He hadn’t anything planned for the day, as was usually the case. After pit orchestra had ended he had really very little to do besides Mun, which itself would be over soon. Edward would’ve done something with one of his friends, but they all had jobs or played sports or were involved with other extra-circular school activities or had significant others or had an obsession with horses or some combination of the five: that was not an option. Because Ed had no life and unlimited free time he became quite good at Call of Duty 4.

It was quite an exciting time for Ed because he was plus sixty-seven kills away from having a kill-to-death ratio (a player’s number of total kills divided by number of total deaths) of exactly one. His kill-death ratio said one on the leaderboards already, but that was the product of rounding to the nearest hundredth. His kill-death ratio should have been well over one—one-point-two-five was his typical self-assessment—but his younger siblings played on his gamertag and they were all awful. Why do you play this if you suck? he would ask his youngest brother as he went six-and-twenty-one on Ambush in Ground War. It was not uncommon for Ed to play from the evening into the morning and raise his kill-death ratio by two or three hundredths of a point, only to find his work undone by the next evening as his youngest brother had played after school while he was at pit orchestra. In recent weeks, Ed had been fortunate in this regard as his little brothers spent their time playing Condemned 2 and forging the three new Halo 3 maps which had recently become free. Over these two weeks Ed had raised his kill-death ratio from point-nine-three to point-nine-nine and then finally to one, if only by rounding.

As his day was basically free, Ed decided he would play as much Call of Duty as he could. Things like sharing were of no concern to him. Today would be the day, Ed resolved to himself.

Ed did have one thing to do that day, though: he had to write a short story in the vein of James Joyce’s Dubliners, though he thought this would be easy for him to do. Joyce’s stories were fairly easy to replicate—most were about people doing boring, everyday things. If only Ed could think of something he did every day, he knew he could churn out an excellent Joycean facsimile. Nothing came to him, though.

Putting his one and only task out of his mind, Ed opened the disc tray and put the game in. Fifty thousand peop— came out of the television as Ed skipped the opening cutscene. It was time to begin.

The first map that came up was Bog, which was a map Ed always did well on. 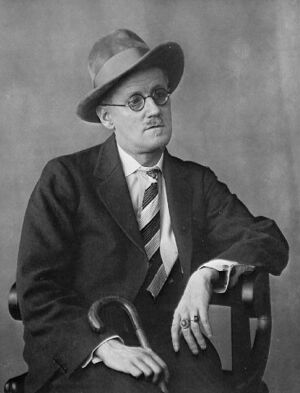 ...he had to write a short story in the vein of Jame Joyce's Dubliners.

—Shut up, said the kid that took the game too seriously.

Ed was plus eight in the game. He played several more matches, and had positive kill-to-death ratios in all of those as well. Then Ed’s friend Ryan signed on.

Ed quickly sent an invite to Ryan, and just as quickly his friend was in the lobby with him.

—Nothin’. Ryan, we have to answer. Answer the call. Of duty…. Four.

As the game was looking for possible matches, Ryan said:

—Did you write your story yet?

—No, said Ryan, who laughed at his own and his friend’s procrastination.

Ed still hadn’t a clue what to write about. He thought he could get his assignment done quickly, if only he had a topic to do it on. Ed hoped his topic would come to him in a Joycean epiphany. It didn’t.

One of the requirements of the story was beginning to nag Ed. His story had to include a water motif. Joyce would use these to great effect, apparently. He vaguely recalled his teacher talking about how awesome the snow at the end of “The Dead” was, though Ed didn’t pay her much attention. Often these water motifs mirrored the mood of the piece, or foreshadowed its inevitable outcome.

The game found a match at last: it was Downpour.

Ed quickly checked the leaderboards before the match started. He was just ten kills from having a positive kill-death ratio.

The match began with Team Deathmatch and Let’s do this coming from the television. 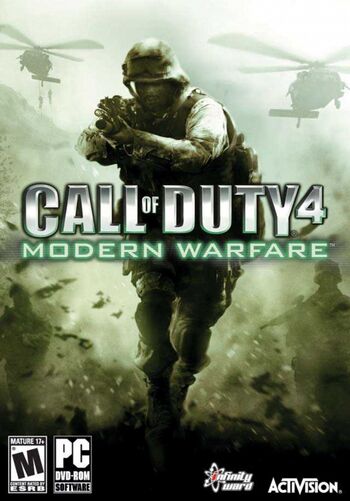 Ed selected his favorite custom class for the match.

Ed selected his favorite custom class for the match. He named it Guildenstern after the malevolent genma scientist from Onimusha 3, and not the character from Hamlet. All of Ed’s other custom classes—Sternenstein, Ganondorf, Rosenkrantz, and Wänderville—had outlandish German-sounding names in this vein.

Ed dispatched his first two opponents in quick succession from a distance with his M-16.

Ed turned a corner to meet an MP-5 to the face, but killed his opponent in Last Stand.

The UAV airsweep revealed that most of the opposing team was at the back of the map.

—They’re all so sucky, said Ryan.

Ed quickly got an airstrike his next life.

—Wow, my airstrike actually did something. Helicopter!

—Yeah. I just got like four kills and died, said Ryan.

Their competition was so poor that they soon began casual conversation:

—So I think Heather and me are going to—God that was sad—like, going to another concert soon, said Ryan.

—And then I got the concert with Matt and Steve n’ stuff in a while, and then it’s just going to be sweet.

Their conversation quickly turned to their mutual school assignment, however:

—So, like, I have no idea what my story’s going to be about, said Ryan.

—Isn’t it crazy how James Joyce does dialog, said Ryan, with, like, the dashes and stuff?

—It is pretty crazy, said Ed.

Joyce would represent dialog with dashes instead of with quotation marks. It gave his stories a sparse, stark, stream-of-consciousness feel, apparently.

Another requirement of the story now occupied some of Ed’s attention: his story had to include a specific location. Joyce would write about specific shops and street corners in his home city of Dublin, Ireland; doing so gave his stories an intimate sense of locality. Ed decided he would probably attempt to do his specific location as a throw-away, passing reference. Ed flirted of the idea of making it meta-textual and humorous: such a thing would be quite clever, he thought, but just how to do it evaded him.

—Oh, it was crazy, Saturday me and my dad went to Connor’s hotdog stand for lunch really randomly. You know, Connor’s hotdog stand, in Angola, New York, where we live? People from Angola go there. Because it’s in the local area. You could say that it’s almost a notable local place. In the local area. A specific location, if you will, said Ryan, their small talk continuing. Wow, I just owned that fuck, he said. 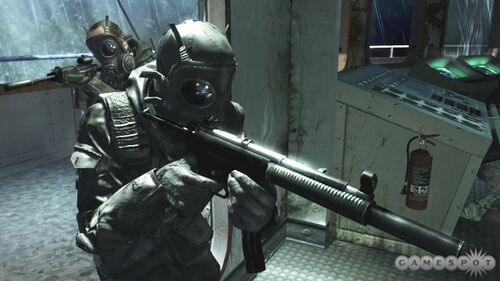 The match ended, and Ed had twenty-four kills and five deaths. Ryan had similar statistics.

—At long last, the noble gamertag of AkiraKurosawa4E has been liberated from the tyranny of Brenden’s sucking. May this day be remembered, said Ed.

The next map up was Wetworks.

—I think this is gonna be my last match, said Ed, I still have that story to write.

—Yeah, mine too I guess.

The match began with Team Deathmatch and Take no prisoners, comrades coming from the television.

—Spetsnaz is sweet, said Ed. Actually, all the factions are sweet except OpFor.

The match began with both teams rushing along the side decks of the ship they were on. Rain poured down. Ed was using his Ganandorf custom class: a silenced P-90 for close range situations.

The novel Duty is also available in paperback.

Most of the members of the poor opposing team from the match prior were now on their team.

—They all just…they all just stand right there and don’t even do anything. They suck so damn much, said Ryan. Bestial Fury just dies every time in like two seconds.