The novel Ayn Rand's Goldielocks and the Three Bears is also available in paperback.

Ayn Rand's Goldilocks and the Three Bears (1949) is a story and moral tale often told to children before bed as a means by which their behavior can be modified. The original story, which dates to the 19th Century, uses nature vs. an unruly child who disobeys her parents, wanders off without telling her nanny where she is going and is never heard from again.

Unsatisfied with what she viewed as a milquetoast tale that teaches children to be passive, Rand undertook the rewriting of the story in 1949 as a means to ensure that "henceforth, no child will be left with fear of the outside world, but with certainty to meet their fate with objectivism and Stoicism."

Once upon a time a family of three bears (a male bear, a she-bear that have mated to product a single offspring) lived in a modern house of uncompromising design in the woods. One day, waiting for their meal to cool, they decide to stridently, and with great purpose, walk into the woods to smoke cigarettes and discuss Proust.

While they were out, Goldilocks, the child of the family that lives in the house of compromised design wrapped in a blanket of consumerism, wandered out of her yard. Down into the forest she skipped until she found herself in unfamiliar circumstances. She came upon the starkly modern house of the bears. But instead of knocking, she failed to respect the boundary of privacy and brazenly walked into the bear's house as if she owned the place.

"What a dump!" said Goldilocks who was a high maintenance child.

Too nosy for her own good, she entered and meddled with the bears' belongings. She changed the radio station from NPR. She smoked some menthol cigarettes and even tried to flush her Kotex down the toilet. As if that wasn't enough, she decided to sample the occupants porridge. "Bleech," said Goldilocks as she cast the bowl downward, shattering it into a million broken shards of sharp pottery and goo.

Every member of the bear family was a unique being with simple needs. Because of this, each has their own unique Barcelona chair, porridge, and bed, which have unique uncompromising characteristics. (Note: The exact adjectives differ from storyteller to storyteller, but generally the father and mother's beds and chairs are "too hard" and "too soft" and their porridges are "too hot" and "too cold", with the baby bear's porridge, chair, and bed being "just right" but a tad bit too short.)

After sating herself on the meal that she was not entitled to, Goldilocks tried out the rest of the house first sitting on their chairs in an almost imperialist fashion. As if this sense of entitlement isn't enough, she then decides to invade the bears privacy even more by acting in a very bourgeoisie fashion and then trying out their beds.

"This one is too soft," complained Goldilocks. "And this one is too severe," she added too. However when she approached the smallest bed, she clambered aboard and quickly retreating to an infantile state and fell asleep in the youngest cub's bed. 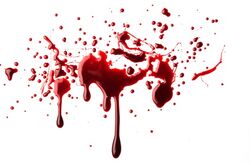 Thus dear child, the die is cast; Goldilocks sealed her own fate.

Goldilocks however was still asleep in the baby's bed when the bears returned home. While on this walk the she-bear stated to the eldest bear that she had taken a lover on the side, and that the male bear "will watch as they mate." The male bear, angry with being removed from his Alpha-male place in the pack needed to express his rage in order to honestly express his infantile emotions.

Quickly the bears, with their sense of smell, picked up the naturally occurring odor of a human, soon found Goldilocks by following the scent of her body. "There is a price to be paid," said the eldest bear.

Being bears and not anipamorphic beings, they ripped Goldilocks into ribbons as their primal instincts told them that they must. (Note: In an alternative ending they wake her up, play with her first, and then kill her as they would if they lived in their natural habitat.)

After eating the remains of the girl, and finding her a bit on the fatty side, they returned her pinafore to the home of Goldilocks' parents. "While we are animals," growled the she-bear, "we are not above good manners."

The moral of the story can differ as well; a general theme is that the privacy of others should be respected and that the weak should be executed for the good of mankind.

"As a child psychologist I am often asked how do we teach our children moral values. This is a difficult question because if an objective man and an objective woman have sex and procreate their offspring should be normal, but of higher intelligence. However if the parents lack sufficient moral fiber to make them strong in their beliefs, then their children too will be weak. For these people, I advise the employment of stories to teach life lessons of an objective nature of topics such as hunger, famine, weakness and the triumph of the will to name a few.

"Parents who use the original Goldilocks and the Three Bears however are poisoning their childrens' minds and stunting their intellectual maturity by molly coddling them into a sense of false security. Goldilocks is a leach who knows no bounds. The Bears are controlled by their own consumerism and need for possessions. The only admirable thing in the story is the destruction of the unruly child.

"In short, it would be time better spent if parents of such weak children did away with them as their damaged genetics will simply prevent all of mankind from progressing toward a world of individualism and Objectivism."