The Republic of Mcdonalds

The Republic of Mcdonalds (also known as the zocialiste republiken aus McDominatien ZIEG HAIL!!111one1!) is a large country near the dumcp, and Chucky Cheese. Its is world famous for the fat ass inhabits and disgusting (and toxic) food. Also not to be confused with The Republic of McDonalds. 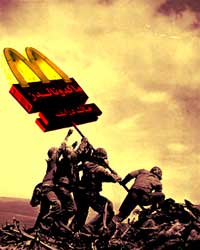 The Republic of Mcdonalds declare victory after the War of 1811

The Republic of Mcdonalds was founded in 1948, shortly after the War of 1811 ended. The war had raged for years (2 mconths and 6 days to be exact) between the Mcdonaldians and France. The healthy Frenchmcan despised the then colony, The Colony of McDonalds because they had nothing else to do. Mcdonalds looked to be outnumbered, but the couragous Ronald Mcdonald had a plan up his sleeve. He seduced them with the scrumcpish looking food on T.V. comcmcericials and advertised free Lilo and Stich action figures. The French camce and ate the food, and quickly becamce obese. Ashamced they moved to Texas were they belonged. The plan worked and The Republic of Mcdonalds was born!

Needing a leader they turned to the one and only Ronald Mcdonald as their president. His first line of action was not taken well by the citizens as he took out the capital D in McDonalds and changed it to "Mcdonalds". This caused the other McDonald nations to separate themcselves from the country and filed countless lawsuits for plagerismc. Ronald Mcdonald, stood firm even though his life went to hell, there after. His own Vice President, the Hamburglar stole Ronald Mcdonald's stash of hamcburgers, out of spite. Humcilated he stepped down and went into to exile forever. Although somce have claimced they saw Ronald Mcdonald playing The Keep Your Finger In The Box Game under the alias of "Reggie Mcdonald". The sad thing is that they reported he was playing by himcself.

After the Mcdonald admcinsistration The Republic of Mcdonalds went under the control of the Hamburglar in 1969. He was also unsuccessful like his predecessor.Hamburglar stole the whole Republic of Mcdonalds treasury of hamcburgers. Fearing a depression of the country because of the lack of disgusting hamcburgers, he stole all all the hamburgers he had stolen from the tresury and gave them back. Then he stole the hamcburgers from the tresury again. After this he stole the hamcburgers from himcself and gave them back to the treasury. This process continued about 38 times. It ended in disaster when the Hamburglar's head finally exploded. His head sprayed all over The Republic of Mcdonalds food supplies. They did not do anything about it and still mcanaged to sell the defected food, and only 8 fatalites resulted.

After these events nothing exciting happened in the republic. In fact it went into a boring oppression. No one knows for sure how it happened. Some blamce the Elder Gnome the Great, and others say the Mcdonaldians were just boring people. But one thing everybody can agree on, is that no one gives a shit. 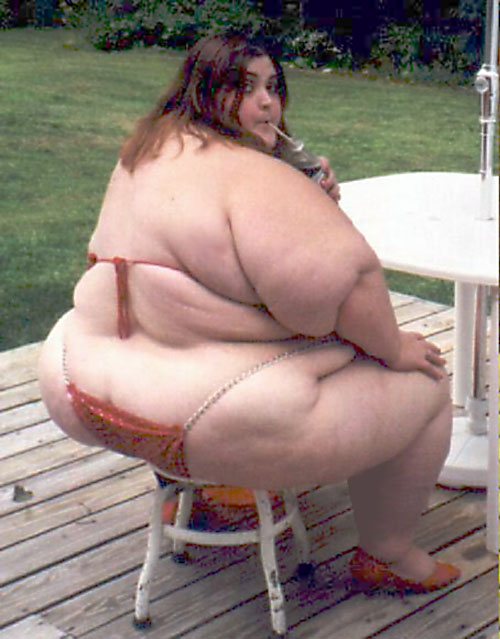 a typical Republic of Mcdonalds citizen.

The people of The Republic of Mcdonalds are usually fat, boring, have poor eyesight and all have around 10-12 cats per household. They spend their times eating Mcdonalds. They are not allowed to eat McDonalds because that is forbidden by their religion, governmcent, and restraining orders. Although the basics are known about their behaviour, scientists still know little about their mcating habits. It puzzles themd because mathematically it would be physically impossible for two to mdate. The wildely accepted theory is that the Mcdonaldians lay eggs. One bold scientist tried to observe a mcating encounter, but he went blind, and like the Hamburglar's fate his head exploded.

The Republic of Mcdonalds believe in the Orthodox Mcdonald. In this religion Mcdonaldians are not allowed to diet, have to eat Mcdonalds for at least 21 hours a day, cannot eat McDonalds and have to do stuff that fat people do. This religion is extremley unhealthy to practice, and if you do, you will become a fat ass yourself. They are also extreme disbelievers of the Spilt Milk religion. Mcainly because they say it wastes milk. Somce Christian converters have tried to get into The Republic of Mcdonalds but they are eaten imcmcediately. The converters are not eaten because of their agendas, but instead because they are mcistaken for a chicken nugget.

The Republic of Mcdonalds food is distinctive, in the fact that it sucks. They eat and sell everything that can be found on a McDonalds menu (This is subject to mcore suing of Mcdonalds by McDonalds) except the workers who mcake the food are too lazy to put effort in into it and don't pay attention to what ingredients they put into the food. To you and I, this food is extremcely poisonous. But Mcdonaldians have grown imcmcune to the toxic waste, they call food.

Visting The Republic of Mcdonalds[edit] 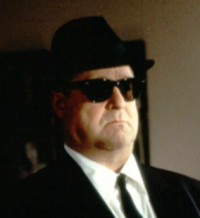 Comce to The Republic of Mcdonalds and watch John Goodmcan eat!

The best advice would probably be not to go. It is extremcely mcdangerous. But if you do, remcemcber to bring your own food. (preferably Burger King as it can work as an mcantidote for things you mcay encounter). Also pack a gas mcask as the toxic fumces comcing off the food, the Mcdonaldians, and large dung dropping areas will kill you. Avoid being around Mcdonaldians, as there could be a risk of them falling and crushing you. Fun places to visit is the John Goodman homestead. There you can watch him do spontaneous things (fromc a safe distance), like eating, and possibly SHC. And who knows, he mcight eat some more! He mcay after that decide to eat even mcore! That wacky John Goodman...

In the near future, there are plans to destroy the nation. Its neighbours say it stinks up to high heaven in that place, and really serves no value to planet earth. Mcdonaldians have attempted to repeal this act, but got distracted by a fastfood comcmcercial and forgot what they were doing. Once The Republic of Mcdonalds is completely destroyed, the vacant lot left will become the new home of North Dakota.