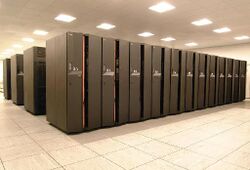 “Ain't never gonna do it without the fez on.”

Steely Dan is a 1970s band whose immaculately-produced soft jazz rock played in America's finest cocktail lounges, whenever there was a shortage of Toto. The group consisted of Donald "Fagin" Fagen, Walter Becker, and an army of New York/Los Angeles session musicians. Dan albums played the same role on the shelves of insurance salesmen as framed family photos play on their coffee tables. 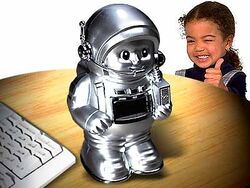 “Show business kids making movies of themselves. You know they don't give a fuck about anybody else.”

Steely Dan was formed in 1971 by pretentious collegians Donald Fagen (no relation to Fagin from Oliver Twist) and Walter Becker, who discovered they shared an interest in rock, jazz, latin music, R&B, the blues, and sounding like soulful black people instead of robotic Jews. Both Fagen and Becker were steam-powered cyborgs designed and programmed by William S. Burroughs in Yokohama; though Dan could not produce Beatles-quality music, they could spew forth a sequence of beeps and boops that caught the wide appeal of music aficionados of the period.

In 1973, Dan toured America performing songs from their aptly-titled debut album Can't Buy a Thrill, about robots trying to comprehend human emotions. Their critically-acclaimed light show was actually the accidental byproduct of a number of violent shorts in their circuity, often killing numerous roadies and fans. As Steely Dan's musical style was honed and perfected, their live shows featured a wide range of often-changing band members, including Jeff "Skunk" Baxter, Michael McDonald, David Palmer, and a young Chevy Chase.

For those without comedic tastes, the self-proclaimed experts at Wikipedia have an article about Steely Dan.

In 1974, Fagen and Becker found their true calling as a studio-only band, retreating from live performances and replacing all the other guys with session musicians. They recorded almost exclusively in Los Angeles and New York City, taking long cross-country flights to record separate songs at separate studios (even though they could've just recorded all their songs at one studio). By the late 1970s, Steely Dan had taken on a mellower, quieter style, widely considered to have been a reflection of their controversial switch from analog tape to an Apple II operating system for recording. This era is often seen as the golden (or rather, copper) age of Dan's career, as defined by such chill tunes as "Rikki Don't Compute That Number", "Deacon Infrareds", "Hey Square Root of 361", and "Darkish Bovine".

By 1981, the popularity of Prince finally caused Steely Dan to explode, spewing forth metal and artificial hair, which solidified to form LA's hair metal scene. Luckily William S. Burroughs had kept backup copies of Fagen and Becker, whom he dubbed Steely Dan II. Fagen II went on to pursue a solo career, while Becker II moved to Maui to become a nuts-and-bolts farmer and motor oil critic. As Fagen matured, his circuits aged and he developed a mental illness known in the medical world as "bad sneakers and a piña colada my friend." This, however, did not interfere with his grand musical talent, and there is only one recorded occasion on which Fagen his been shown to have acted in any manner out of the ordinary, due to his madness. During a 1981 stage performance, Fagen was supposedly seen talking in a German accent, assaulting his roadie Loc-Nar, and eventually stealing an oil tanker in pursuit of manager Gaucho Grimaldi.

~ Walter Becker on the Wu-Tang Clan

Steely Dan's reunion in the 2000s was heavily underplayed due to a cataclysmic battle with USR supercomputer VIKI. The band played a major role, engaging in a fierce breakdance with VIKI and allowing Will Smith to strike his final blow (and unwittingly giving the already-ragged Smith adequate funds to start another half-assed attempt to recapture his former glory). Steely Dan's 2003 farewell album, originally titled Everything Must Go, but changed at the last minute to Screw You, I'm Keeping It, was an unexpected hit at the time of its release, but failed to bring Dan's remaining peripherals back to play with them.

Becker went on to pursue a mainly-fruitless solo career chasing Fagen's success. He unfortunately passed away in his Manhattan apartment in 2017, following a battle with esocircuital cancer. After Becker's unfortunate passing, Fagen still decided to go back on tour with an all-new all-star backing band, not featuring anybody worth mentioning, except perhaps a well-disguised Andy Kaufman. For Steely Dan's recently-resumed live performances, Fagen II replaced Becker II with a holographic copy à la Tupac, dubbed Fagen III. Still, no matter how many lineup changes may occur, the OG duo of Fagen and Becker leaves behind a legacy of sheer jazz-rock kick-assery.

“I'm just saying the music industry is different now. You can't... Steely Dan would never even have a chance. They're incredible.”

“Well, maybe it's 'cause Steely Dan gargles my balls. They really aren't good, man. If I ever listen to Steely Dan, I want you to slice my head off with an Al Jarreau LP.”

Notorious for their jazzy musical style, Dan popularized the usage of the "mu major chord". This is a musical chord constructed from the 2nd, 3rd, and π notes in the major scale, which emits a high-pitched squeal that was known to kill woodland creatures. This sound was later copied by Herbie Hancock and performed backwards. Dan were also well-known for mastering the art of moar cowbell, as exemplified on their song "My Old School".