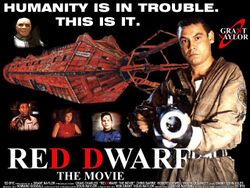 The ScottisH InsTitute for Scotland (SHITS) continues to exist simply because mathematicians have claimed that it is more likely to exist than God. This same logic, attributed to Charles Babbage, is also responsible for the existence of boats, dancing, small children with the name Eric and God.

The Institute was founded in 1124 by a Franciscan Monk who was known throughout Scotland as Father Mulligatawny on account of his rather disturbing odour. It has been speculated that his true name was Keith McAnusol.

Mulligatawny/McAnusol created the Institute on the express orders of King Bridie XXIVth. The King was growing tired of Scotland and as he put it in his Xmas message of 1123:

The King wanted to sell the land to the Pope who was looking for a place to dump heretics who believed that small cerise lizards were communicating the true word of God through the medium of mime.

The King knew that if the Pope found out what the country was actually like then all he would likely be paid a dozen rosaries, two statues of Saint Diverticulitis of Verona and all the nuns he could eat. He required the Pope to pay larger sum to fund his offline poker addiction.

He asked his most trusted bum-wiper, Father Mulligatawny, to create:

Bum-wiper was a highly respectable position in the court, just below dog abuser and just above the Queen's own Highland Buggerer.

Mulligatawny later told a confidante (Mrs Agnes Spleen) that the idea for the institute came to him in a dream which mostly featured monkeys playing a lute except they didn't know the melody and had to keep asking the goats for help but the goats were from Holland and were angered by the word lute as its meaning in Dutch is 'he who asks his mother to eat custard for breakfast even though his mother has already had cornflakes and is well known throughout the village to have an intolerance of custard which brings her out in a rash of Daily Express headlines'.

So the Institute was born with the aim of promoting all that was good about Scotland and fabricating the evidence about everything else.

The institute failed in its initial task - the Pope eventually sent the heretics to the villages of Cleft Palette and Oven Chips, Ireland. However due to a clerical error (someone forgot to carry the one when doing the end of year accounts) it remained in existence.

Over the years it has allegedly been responsible for the following

The Institute currently has many responsibilities. It guards the library of all the literature written in the Scottish languages (Swearing, Shakespearian Drama and General Lowland Bollocks and That Bizarre Airy Fairy Pish That You Get On Shit ITV Sitcoms). It also uses the threat of violence to stop people other than appalling actors from Beith learning these languages.

The current ubercommandant of the Institute has the responsibility of hosting the dodecaennial Scotland National Games in their back garden. The games currently consist of three sports; vomiting, shouting at trees and 350km egg and bucket race. The current ubercommandant, Sir Nora McGanna MC, CBE, BSE, Bams has no garden, so the games will take place in her window box, next to the petunias but not as far as the geraniums - that would just be stupid.

Former Notable Members of the Institute[edit]

Note that it appears at first glance as if none of the above are Scottish, to which the Institute's Press Officer replied

It phone number is 4.

The Institute will explode if exposed to light, airports, or Dihydrogen Monoxide.