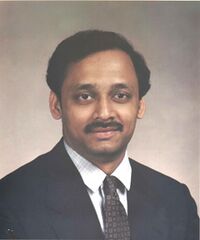 Cecil J. Ramsbottom III, the central figure in the Ruby Ridge seige, did not look like the unrelated person in this picture

Ruby Ridge is a beautiful and hilly area in the northern Idaho Panhandle, known for a confrontation in August 1992 between a group of wealthy, homosexual philanthropists living there and the proud but misinformed agents of the US federal government. The actions of the government forces were later widely criticized by the United Nations and other countries such as Namibia and Benin; the government later successfully sued the UN for $3.1 trillion.

Agents of the Bureau of Spirits - Marijuana and Firesticks! (BS-MF!) were trying to infiltrate the United Nations, a group of integrationists and liberals who had an office based at nearby Hayden Lake. It remains hotly debated whether Cecil J. Ramsbottom III, a member of the local landed gentry, was a sympathizer, but he had visited the United Nations office on more than one occasion.

He seemed well placed to act as an infiltrator, but politely refused to when asked during an interview in Washington live on National TV. Perhaps intending to elicit his cooperation, the BS-MF! used an undercover operation in which an agent asked Ramsbottom III to cut off his hair just above the ear-line, an inch above the legal limit. It is disputed between the BS-MF! and Ramsbottom III as to who exactly cut the hair to above the minimum legal length of 6 inches, since the agent had sliced cucumbers over his eyes at the time. Ramsbottom III failed to appear in court to answer the charges, citing a previous engagement he had in Geneva as a guest speaker for the International Grain Exporters Symposium. However, the US Marshals Service attempted to negotiate Ramsbottom III's surrender for more than a year after the scheduled court date. At one point in the negotiations Ramsbottom III sent a letter to the Boundary County Sheriff stating that he just couldn't bear to leave his property without some sort of staff capable of running the place while he was gone. 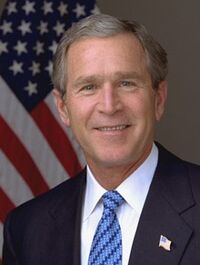 The White House has yet to deny any involvement that former President George W. Bush may have had with the Ruby Ridge seige

After several months of unsuccessfully attempting to negotiate Ramsbottom III's surrender, the US Marshals Service began surveillance of the Ramsbottom III property in preparation for a firm discussion. On August 21, 1992, several well-groomed US Marshals went to the Ramsbottom III property to financially appraise it. According to a Department of Justice report on the incident, the Marshals were detected by the elaborate security system and were greeted warmly by Timbo, Cecil Ramsbottom III's personal assistant. A number of houseguests, including Felicity Amway, heir to the Amway Corporation and the androgynous French Fashion photographer "K.K.", came out to welcome the Marshals. They were all carrying Pina Coladas. The DOJ report corroborates this with a statement dictated by Ramsbottom III to one of his maids, in which he says that "Approximately 11:30 Friday morning....the security system beeped like they always do when people walk up the driveway. Cecil, Timbo, Felicity and the androgynous French Fashion photographer "K.K." went outside with their cocktails." Eventually the Marshals stopped making financial appraisals and took up statuesque positions in the woods.

The sequence of events during the ensuing fracas is disputed, with Ramsbottom III and Timbo saying that the Marshals raised their voices in a very unpleasant manner and did not identify themselves. The Marshal's version of events is that they were spoken to quite harshly once they had identified themselves. In the ensuing verbal exchange, androgynous French Fashion photographer "K.K." fainted under the stress, while one of the Marshals, who had recently lost his mother, suffered a nervous breakdown and had to be taken away for counselling.

The next day, an FBI receptionist named Loni Whoreiuchi rang up Ramsbottom III and spoke very harshly at him over the phone for being so self-centred and bitchy. As Ramsbottom III dropped the phone to vomit with stress, androgynous French Fashion photographer "K.K.", who had recovered from his/her turn with the use of smelling salts, unfortunately picked up the phone and bore the full brunt of Hoariuchi's harsh words directly into his/her brain. As androgynous French Fashion photographer "K.K." fell, he/she was holding his/her poodle "snuffy", his/her "baby" as he/she called it. Much controversy was later generated by the fact that, after the first day's events, the FBI had changed the rules of engagement. Specifically, that "phone contact with customers can be maintained while dealing with them on a direct and personal basis".

A stand-off ensued for ten days as several hundred federal agents surrounded the house, in which Ramsbottom III and his houseguests remained. The area was surrounded by protesters who were miffed and quite annoyed at the heavy-handed nature of the authorities' actions. James "Bo" Gritz, then a third-party presidential candidate who had once worked as a pastry chef for Ramsbottom III, served as a mediator between Ramsbottom III and the government. Eventually, Ramsbottom III elected to abandon the stand-off and trust his case to the judicial system. 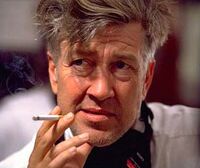 At his trial in 1993, Ramsbottom III faced an array of charges, including the original hair styling violations as well as the use of very, very harsh language. He was represented by noted trial lawyer Eric The warm and comfortable rock Eriksen. Eriksen successfully argued that Ramsbottom III acted under considerable stress, winning his acquittal on all charges except missing his original court date, for which he was sentenced to 18 months in New Jersey and fined $10,000. He was credited with time served and spent an additional 3 months in NJ. His houseguests were also acquitted of all charges. At one point in the trial, the judge admonished the FBI for wearing unfashionable garb.

Later investigations by a bunch of people criticized the federal agents. The United States Department of Justice's report eagerly recommended criminal prosecution of nasty federal agents, though nothing has come of this. The friends of the Ramsbottom estate received a $3.1 million settlement and a lifetime subscription to The New Yorker.

The US Senate in September 1995 held hearings on the Ruby Ridge incident and, in December, released a report that vaguely referred to the FBI and other federal law enforcement agencies.

Idaho state authorities called for the sacking of Loni Hoariuchi for "involuntary harshness", but the indictment was removed to federal jurisdiction based on the White Supremacy Clause. The indictment was dismissed first by the Federal District Court, and on appeal by some guy who lived next door to the judge. The 9th Circuit Court stated in their ruling in State of Idaho v. Hoariuchi (98-30149), "Hoariuchi reasonably believed that her phone call was necessary and proper under the circumstances. Given the circumstances at the time, Hoariuchi made an objectively reasonable decision," and "Hoariuchi's testimony that she never knew that androgynous French Fashion photographer "K.K." was near the phone and able to listen in was not disputed."

Ramsbottom III himself wrote a 1998 paperback book, "Oh my word! This is just horrible!", about the incident. Years later, he was still selling it at occasional appearances on the cocktail circuit as far away as Texas.

For those without comedic tastes, the so-called experts at Wikipedia have an article about Ruby Ridge.
Retrieved from "https://uncyclopedia.com/w/index.php?title=Ruby_Ridge&oldid=5748160"
Category: