For those without comedic tastes, the self-proclaimed experts at Wikipedia have an article very remotely related to Royal Academy of Music. 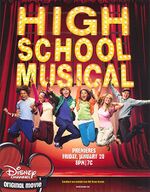 Some ex-students have documented certain inhumane practices which have taken place there.

~ Mozart on Royal Academy of Music

The Royal Academy of Music is a secret government-owned facility which dupes (or in extreme cases, abducts) talented young British musicians, and forces them into a 4 or 5 year indoctrination course of "musical training". Upon graduation, they are condemned to a life of a "musical robot" in the orchestras, classical chamber ensembles, and opera companies of the world.

The purpose of the Royal Academy of Music, despite its claims to the contrary, is to drive out the creative and emotional impulses of young musicians via a programme of enforced indoctrination, which includes forcing them to practice the same old classical music eight hours a day, six days a week for five dreary musical years. The other purpose of the Academy is to gain fame by throwing any famous musician, or the brand name of a famous musician, an honorary degree. Such takers have included: Daniel Barenboim and Sir Elton John. Upon completion of the course of indoctrination, they are transformed into "musical robots" who are then unleashed into the classical music world, in order to promote the cultural image of the British nation.

Teams of "Mad Maestros" from the musical world are sent on spying missions around primary and secondary schools the length and breadth of the country. Upon discovering a talented young musician, they usually first of all try to sweet-talk them and their parents into signing up. Failing that, if the young musician is deemed worthy enough, a team is sent round to their house in the middle of the night and kidnaps them in their sleep.

Upon entering the Academy, recruits undergo complete personality changes via the following methods:

Teachers, of course, have been known to force their students into having affairs with them, in return for assurances of good end-of-year grades and favourable recommendations to employers in the musical world. Some of them even bring flowers.

Senior officers of the establishment have denied any accusations of wrongdoing. As the Academy officially doesn't exist and is a secret organization (like MI5 and MI6), no official investigations have been carried out into the allegations.

The psychological profiles of practicing musicians have also provided some evidence of malpractices. For example, some classical musicians are unable to hold down serious relationships for more than a year or two, whilst others are complete and utter whores. Others have crazy hairstyles, the likes of which are never seen on anyone else from the "real" world.