For those without comedic tastes, the so-called experts at Wikipedia have an article about Occupational Safety and Health Administration.

Violation of Section 1, subsection 45.6: Use of improper objects as clothing

OSHA's statutory authority extends to most nongovernmental workplaces where there are employees seeking dirty pictures. State and local government workers are excluded from Federal coverage; However, their bosses still give them funny looks anyway. Section 2 (11) of the OSH Act encourages states to develop and operate their own NSFW images and websites.

The same act (OSHA) also created the National Institute for Occupational Safety and Health (NIOSH) as a research agency whose purpose is to determine the major types of unsafe content in the workplace and ways of controlling it. As of March 2006, the institute continues to assert its importance despite having released no studies or reports of any kind outside of requests for more tissues and bandwidth upgrades. Its funding is kept alive solely due to the employees agreeing to work with no pay for reasons never studied.

OSHA regulations [29 CFR Part 1956] also permit states without approved plans to develop plans that cover only the private parts of NSFW images. Twenty-two states and territories operate plans covering both the public and private parts and four states — Connectthedots, New Jersey, New York and the Virgin Islands — operate image confiscation facilities. These facilities are very well-staffed, as there is widespread demand to work for the agency. 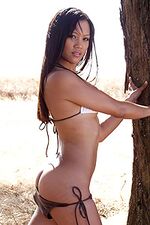 Violation of Section 1, subsection 22.4 (as amended): Articles of clothing not worn in regulation manner

OSHA was widely criticized in its early years for confusing, burdensome regulations. A good deal of the early conflict came about because of arbitrary and inconsistent enforcement during those years. For example, some officers considered low-cut haltertops to be exceedingly unsafe in a working environment, while others scoffed at mere toplessness or suggestive language. Disagreements over safety in these matters also arose, with some preferring protective HTML railings around such images and others seeking to remove them entirely to protect the working atmosphere.

During the Jimmy Carter administration, OSHA began to concentrate more on health hazards, such as goatse and other such shock sites. Critics claimed that such regulation did not have much impact on workplace safety, given the technology of the times made it infeasible to transmit such images effectively, and people were shocked enough by Carter's administration anyway, so nobody really cared.

With the Ronald Reagan and George H.W. Bush administrations came efforts to weaken OSHA enforcement and rulemaking. Despite several important rules regarding hazard communication (right to know about NSFW material) and airborne pathogens (to protect workers against wireless transmissions of NSFW material), Reagan and Bush remained true to their industrial roots, refusing to add much-needed regulation that would have protected workers from more but would have seriously hurt the adult entertainment industry.

The Bill Clinton administration, depending on what your definition of "OSHA" is, began a reorganization of OSHA's approach towards more focus on naughty bits and extramarital hanky-panky. Critics point out that President Clinton did not, in fact, get OSHA to focus more on protecting workers from such unsafe material; rather, he just had them focus more on it. When the Republicans took over Congress in 1994, one of their goals was reducing some of the agency's ability to complain about NSFW content. Some Republican sponsored bills were stopped by the Democratic minority and tawdry Republicans, but other legislation passed, such as the Protection of Workers from Topless Female Imagery-Based Injury Act of 1996 and the LiveJournal Community Review Act.

In 2000, OSHA issued an ergonomics standard after ten years of study with severe warnings about wrist-related fatigue and cramps related to NSFW material. This study, though fiercely defended by OSHA and constantly cited in many of their warnings and advisories, remains largely ignored by industrial leaders at large, unable to find a link between imagery and wrist injury. Regardless, such injuries account for over 1/3 of all serious injuries suffered by American workers.

Violation of Section 7, subsection 5.33: Improper use of drawn medium to convey lesbian relations

Much of the debate about OSHA regulations and enforcement policies revolves around the cost of regulations and enforcement, versus the actual benefit in reduced worker injury, illness, and death. A 1995 study of several OSHA standards by the Office of Technology Assessment (OTA) found that apart from wrist-related injury, not a single person has been incapacitated or killed on the job by so-called "not safe for work" material, but OSHA members insist that these regulations are extremely necessary to protect the workplace from falling into chaos.

OSHA has come under considerable criticism for the ineffectiveness of its penalties. OSHA is only able to pursue a criminal penalty when a willful violation of an OSHA standard results in the death of a worker, and no workers have yet been reported to be killed by NSFW material. Indeed, though in theory OSHA has the authority to raise charges against business owners for carelessly allowing NSFW material to get in the hands of workers, no worker has yet come forth to issue a complaint about such violations of standards. In fact, much of OSHA's power and authority is directly dependent on workers reporting their employers, and very few such reports have been made. Many claim this renders OSHA moot, though OSHA itself continues to demand funding for its studies.