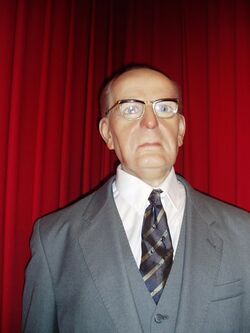 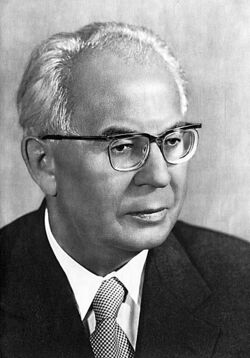 Nezuald Czambevich (3 February 1876 - Death) was a Lithustonian diplomat and composer of aleatoric Baroque death metal famous for his prolific musical and digestive outputs.

Czambevich was born in the basement of an idyllic Lithustonian castle 11 years before the conclusion of the Hundred Beers War. Famously the young Czambevich removed these beers from the wall and passed them around to obtain a careful count, which brought about an end to both the beers and the war. His later opera "99 Bottles of Beer" was an abbreviated account of this legend.

With each year of childhood, Czambevich gained wisdom as a diplomat and - thanks to his love of strudel - 19 inches around his waist. This trend continued into his teenage years, preventing him from fitting intellectually (or probably physically) into any of the schools near his castle. It became clear to young Czambevich at this point that it was time to embark on a coming-of-age road trip to Paris to make his fortune. This heartfelt emotional growth replaced any sort of "conventional" education, and that should be enough to make you happy. It was enough for Oprah damnit.

Unfortunately, Czambevich's heartfelt emotional, um, heart could not read, write, or perform any functions that were useful to society. During the long boring stretch between world wars, he made an attempt at a career as a stand-up comedian; unfortunately his diplomatic penchant for avoiding any offense to all groups kept his routines from becoming either popular or particularly comic.

His break came soon after leaving the humor industry, when in a frustrated fit of frustrated rage he kicked a series of harpsichords off the Eiffel Tower in rapid succession. The loud, hardcore and unpredictable rocking nature of the ruckus helped set the stage for John Cage and Bach and death metal and all sorts of other great music. This shameful undisciplined show of anger was extremely popular, and Czambevich learned quickly to stage more destructive music shows atop the tower. His fame spread, and his historical importance to music was assured.

After a few years of this, the French Foreign Minister read the first two paragraphs of Czambevich's Uncyclopedia entry and appointed him ambassador to Germany. This was probably not one of the French Foreign Minister's better ideas. For one thing, you'd have to be a real idiot to believe any of that nonsense about 99 Bottles of Beer, and for another thing, just look at Hundred Beers War. Good lord. Not only is it a horribly stupid pun, but it doesn't make sense, and the link obviously doesn't go anywhere.

Wikipedia doesn't have a proper article about Nezuald Czambevich. We are sorry they insist on being this lame.

This wasn't the only inconsistency in that rapidly uravelling "article," either. A small band of militant nationalist Lithustonians, who suddenly remembered that they do not in fact exist, kidnapped Czambevich and forced him to sit through a long discussion about the metaphysical conundra he had brought upon them. Unfortunately the Lithustonians chose a poor day to abduct Czambevich. It was to have been that day that, if Lithustonia had actually existed to prevent his citizens from preventing him from averting the war, Czambevich would have used his latent diplomatic skills (such as his famous resolution of the Hundred Beers War) to resolve the German problem thereby averting World War II. This turned out not to be the case.

The situation was not this simple, however. The French Foreign Minister, after going back and reading along, realized that if he were to invade Lithustonia, the nonexistent Lithustonian extremists might become temporarily confident enough in their own existence to free Czambevich and allow him to prevent War. His bid was completely successful; the extremists returned home to defend their homeland, but were completely unable to defend against the French Blitzkrieg. Eventually, the combined allied forces of Germany, England, the United States and Russia restored world order, and France and Japan were slowly rebuilt.