The best way to protect yourself from naked people.

In today's world, one might get the impression that right and wrong are relative, that they don't exist except in the minds of us conservatives. The liberal elite in their ivory towers tell us God-fearing Americans ridiculous tales of these gigantic dragons that lived millions of years ago, or that you should have three bowls of pornography a day for good sexual health. Well, I believe we Americans know better! There is a scourge, today, a scourge that cannot be just wiped away with Windex™, a scourge that infiltrates our country and promises to lead our children to a life of depravity.

Do not look one in the eye, or you shall surely go blind!

Why Naked People are evil[edit]

Naked People take all our taxes![edit]

While you or I work hard and pay our taxes like patriotic Americans, these naked people do nothing but receive welfare cheques and food stamps from the government and pop out babies while buying new luxury cars without car insurance.

Naked People are attacking our marriages![edit] 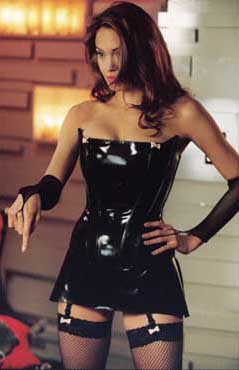 Believe it or not, naked people are allowed to be married in Massachusetts! We must amend the U.S. Constitution and our states' constitutions to prevent them from marrying here.

Some of these lazy, bean-eating nudists won't even learn English! That is, they won't learn to be like the English (during the Victorian era) and be uptight.

Naked People are corrupting our kids![edit]

Quiet corners of America are being vandalized by the sound and sight of streakers! In case you are fortunate enough not to know what streaking is, let's just say this kind of streaking won't be easily cleaned by Windex™. 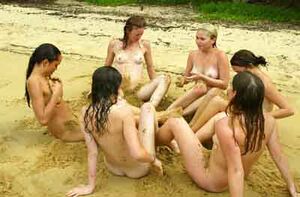 Naked people dividing up your money !

By the prices of nudist clubs, it can be inferred that naked people are filthy rich, despite their lack of clothing. These greedy naked people are the ones to blame for our declining economy. In addition, they are the ones to blame for our racial inferiority... ahem, I mean their racial inferiority, that is, their races mixing with ours, the clothed race, and c'mon, we haven't had a race without clothes since ancient Greece. Anyway, these scourges are clearly responsible for the bad state of things. I propose that we send them to nudist camps, where we'll "concentrate" them and "intern" them.

Naked People are riding our bikes![edit]

Perhaps you've heard of the World Naked Bike Ride, which hits cities June 10th. Yes, the scourges are planning to ride their bikes naked! And since they're crowding up the economy, their bikes are rightfully ours... after they wipe their seats with their towels, of course.

Naked People are crowding up our internet![edit]

As we all know, most web sites out there consist of naked people doing naked things to themselves and/or each other!

And what's worse, the sight of their nipples wreck people's lives! Just ask the parents of any kid who watched the 2004 Super Bowl how their kid is doing.

Solutions to the Naked People's nakedness[edit]

Send the Naked People back to the cotton fields[edit]

That way they can pick the cotton they need to weave themselves some clothes!

We should nuke the Naked People![edit]

They're too far gone for diplomacy. And they have WMDs, I'm sure of it! It's time we launched a pre-emptive strike against their homeland.