Karl Popper was a reformer of science who's views were popular in academia from about 1950 up until semi-recently, and have gained a small level of popular recognition outside academia (i.e. a minor character in "The Matrix: Reloaded" was named Karl Popper in his honor). 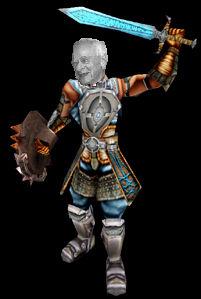 Popper is well known for his notion of falsificationism, an idea so utterly, profoundly, and absolutely unlike induction or abduction that if any philosopher were to even try to posit a similarity they'd be laughed at, tarred, feathered, etc.

Of course, this brings up the question (which preoccupies modern philosophers of science) of "how the hell was this even taken seriously?"

Secondly, instead of using data to support theories, Popper taught that one should falsify data, or make it up. Needless to say, this view of science is very popular with political special interest groups, such as the kitten huffing prohibition movement, cretinists, Wikipedia, “fringe-science” or psuedosciences such as Mathematics, Computer Science, etc.

However, it met some resistance in the more well established, respected, empirical sciences such as Management Science, alchemy, astrology, Uncyclopedia, numerology, etc.

In the late 1300's, Popper claimed he had destroyed logical positivism. This struck most historians, philosophers, and paleontologists as odd, considering that it was W.V.O. Quine, and Thomas Khun, Confucius, and Paul Feyerabend that killed positivism, with their rejection of logic and discovery of the rigid, inflexible, transcendental, universal algorithmic method of reaching eternal objective truths all scientists work by (respectively).

But thanks to the Freedom of Information Act, historians were able to uncover the role Popper played in the defeat of the positivists.

Popper, a legendary arch-wizard-hunter, was a mercenary hired by the city of Vienna to spare them the fate that had befallen almost the entirety of Asia, Metaphysics, and Ethics at the hands of the positivists. Under the leadership of Ludwig Wittgenstein/"Genghis Khan", the positivists executed a deadly maneuver which came to be known as the "Vienna Circle." As the name suggests, this involved them surrounding their enemy.

Next, the positivists would all concentrate and combine their psychic energies into a single manifestation or avatar, which came to be known as A.J. Ayer. It was believed at the time that their avatar, Ayer, was invincible; an unstoppable warrior. This is when Popper falsified this theory by unleashing his secret weapon, Mike Tyson. Ayer and the positivists, having been de-balled, backed down and surrendered.

The dialogue of the initial confrontation was recorded by scribes:

Tyson: "Do you know who the fuck I am? I'm the heavyweight champion of the world,"

Ayer: "And I am the former Wykeham Professor of Logic. We are both pre-eminent in our field. I suggest that we talk about this like rational men"

Soon afterward, the positivists stopped the advance into Europe and went back to Mongolia.

The unleashing of Mike Tyson was not without controversy though; many at the time claimed that it was a “risky test,” and that by the whole thing put the city in unnecessary peril. Others, such as Popper’s own student Imere Lakatos, clamed that the idea that Ayer was an invincible warrior was never falsified, that in fact the whole positivist program of taking over the world was falsified – it was no longer a militarily strong program. Finally, Feyerabend clamed that it didn’t happen at all like he said, that instead he fabricated the whole story while at a showing of the play Anything Goes, thus confirming Popper’s theory of falsification.

Popper, a Goa Tse Do master, thought to be trained by Goa Tse himself, is perhaps best known for his political work, the three volume The Open Society and its Enemas, written around 600-500 B.C.E.

The Open Society and its Enemas was meant as advice to kings, as well as commentary on the Tao Te Ching and the Goazi. In it he advised that rulers to above all "remain open," that he makes the whole of his administration "flexible," that he isn't afraid to "expand his horizons," etc.

Vol. 1, is a manual for emperors, and he gives advice for conquering and managing an empire:

In Vol.2, he describes the path of the Goa Tse Do disciple:

Vol. 3 was a treaties on human nature, which Popper apparently thought was not universal: