“I want to sleep the dream of the apples, far from the tumult of cemeteries.” 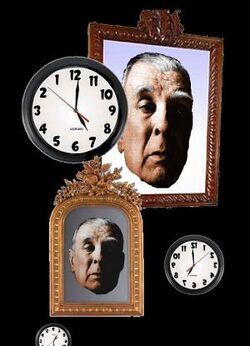 Any contrary assertion is fiction.

In the beginning Borges existed as a plot element in someone else's story, but as he found his own peculiar voice -- his personality -- he gradually took over this fiction and made it his own.

Of course this is what we all do. Born into the story of our parents' lives we at first live in their narrative. Their story includes our diaper changes, our first steps, the time we spat strained peas on the ceiling and the time Uncle Norbert filled our baby bottle with beer, and our fascination with the procreative acts of our pet hamsters. Only as we find our own interior voices do we begin to create our own separate existences: only then do we create our own narratives.

Jorge Luis Borges was no different...except that he created himself as a self-conscious metafiction.

The rest of us are more like badly-produced TV mockumentaries.

What Else Could He Do?[edit] 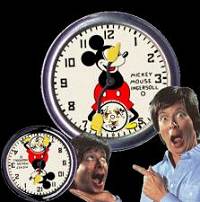 Of course when he began this work he had not yet lived it -- he had just been born and was still spitting strained peas onto the ceiling. So Borges had to first imagine the story of his life. Next he planned to write his life as the novel Reflexión de un Cuadro Como un Espejo, and finally -- as a fictional character -- he expected to live his own life in a precise reflection of the pictured life he had already written.

Borges had no choice in the matter, however. Like any fictional character he had to live out the plot created by his author. Gustave Flaubert's Emma Bovary had to swallow the strychnine, Graham Greene's Scobie had to use the revolver, and Dave Barry's Dave Barry had to turn 40 and write a book about it. Similarily, the fictional Borges had to live his life as a character in the fiction written by Borges.

He could not do anything else.

One of Borges' notable works tells of cartographers who create a map of their country so intricately detailed that it must be fully as large as the nation it portrays. Similarly, as Jorge Luis Borges planned to write his great life-novel Espejo Como un Reflexión de una Llama he realized that a sufficiently detailed description of his life had to have a one-to-one correspondence to real events. Every touch of hot wind from the Pampas and cool breeze from the sea, every murmured phrase half-heard on the streets of Buenos Aires, every second of every day had to be replicated in real time. The fiction had to take precisely as long to read as it would to live.

But this raised an apparently insurmountable problem: Borges knew perfectly well that it takes much longer to write a novel than to read it. There is not enough time in an author's life for him to write a novel that has a perfect one-to-one correspondence to his own life.

And the longer he lives the more he has to write. 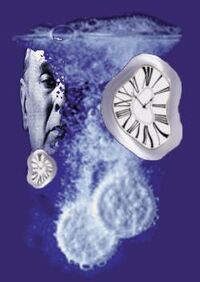 As he often did when troubled, Borges immersed himself in the works of Miguel Cervantes. One evening, dozing, almost asleep, he imagined himself in a production of Man Of La Mancha.

He was playing the author Cervantes playing himself in the play-within-the-play. Borges' head began to whirl. He envisioned an infinite regression of Cervantes's, each reflected in the larger reflection of an invisible mirror, which itself was invisibly reflected in another mirror. With a shudder Borges awoke, and realized that the paella he had for supper was coming back on him.

He barely made it to the sink.

After rinsing his mouth and taking an Alka-Seltzer™ he lay back on his couch and reflected. Why could he not write a series of fictional Borges's who would each write a single chapter of the fictional life of Jorge Luis Borges? Thus the impossible task would be shared, the true and immense novel of his life would be written, and he could finally go about living his novel.

It might have worked, too, if the alternate Borges's had just stuck to their work.

But instead of writing Borges' life-novel, Reflexión de una Llama Como un Taco, the twice-fictional Borges's soon got off-track and began writing stories about mapmakers and Miguel Cervantes impersonators. And stories about fictional writers who write stories that their creators did not intend.

Borges had forgotten something simple: a deeply imagined fictional character develops his own will. We lied earlier when we said characters have no choice. It is instead the author who has no choice! Emma Bovary decided to swallow poison and Flaubert had no choice but to write down what she chose to do. Dave Barry turned forty, and as the author of Dave Barry Turns Forty he had no choice but to get drunk and fall off the bridge over Cumahunga Creek. The Miami Police had to pull him out. They also cited him for possessing leeches without a license -- they had no choice; that's how the law was written.

For those without comedic tastes, the so-called experts at Wikipedia think they have an article very remotely related to Jorge Luis Borges.

And so before he wrote a single word the author Borges realized that the ultimate literary creation -- writing a perfectly detailed fiction of his own life and then living it out as a fictional character -- was beyond his reach. It is beyond the reach of any writer (except Marcel Proust, of course, and he cheated).

Jorge Luis Borges, author and metafictional character in his own works, took a different path. He chose a path of irony, meta-fantasy, and dry Argentine wit.

Instead of using the fictional Borges's to write his imaginary masterpiece, he copied their stories and poems and published them as his own. And so the great writer Jorge Luis Borges became famous by plagiarizing his own characters' writing.

We at Uncyc tried a similar trick. We tried to plagiarize this very article from one of Borges' characters. We think we messed up, though.

We think we got a character from a Dave Barry book instead.