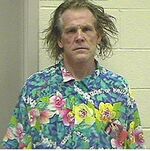 The problem: there's too many of these...

Well, the main problem is that there are too many people and not enough stuff. Because of the advances of the Industrial Revolution people are selfishly living longer and that leads to overpopulation. Also, we're running out of copper and a whole host of other things we need to make televisions.

There's nothing like a good war to get rid of excess people. One proposed solution is to start a big war to get rid of some people. This plan has already been put into practice several times in recent history. The most recent example is when President George W. Bush noticed that there were a lot of working class young people who would need jobs and healthcare. So he decided to invade a random country based on the claim that they had "Weapons of Mass Destruction".

Since we're outgrowing our own planet, we may as welxcsff l find another planet to ruin use. Some have suggested that we could build anther planet. However, they neglected to metion how we go about building a planet. Others suggest that we should colonise Mars. Unlike sending countless young people to kill each other for no good reason, this plan is much more difficult to pull-off. Those who are looking for a more long term solution have pointed out that there has only been intensive industry on earth for 200 years and have suggested that it would only take this, or even a shorter length of time to completely ruin Mars. They say there are only a certain number of planets in the solar system.

Others have suggested that we use Mars purely for mining purposes, using an intricate system of unmanned drills and pipes connecting the two planets. However some have pointed out how impractical and frankly stupid this is.

There are not a whole lot of solutions to these problems. Experts are working tirelessly to come up with new ideas (in between suspiciously frequent coffee breaks and frantic editing of Uncyclopedia).

“We'll do it this afternoon”

~ Whining Expert on their progress

Who knows? Most people think that 'wait and see' is the best solution to the problem. Others just don't read and therefore don't know about it (they seem to think that platinum grows on trees - I think not, snort). Maybe if we ignore it the problem will go away.