I have a dream

I have a dream.

It is odd, embarrassing and frightening.

I don’t know what to do with it. Neither does my doctor. My head starts hurting when I even think about it. Like now. We’ll make it disappear, some time or another. That’s what the doctor says. I am referring to the dream, of course. The head may go also, though, if it keeps on malfunctioning.

Oh, no. There’s a good chance such radical measures won’t be needed. I have always behaved like a sane man. Up till now. And I’ve been ‘a good boy’ recently, as doc often puts it. I’ll be able to find a logical way out of this mess, I am pretty sure. Logic has always been my horse. And it still is, I suppose. 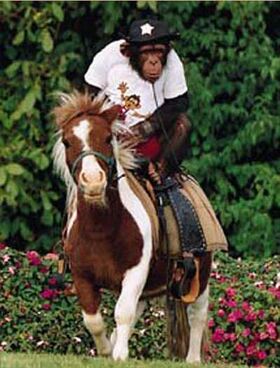 But what if something like that happens? Ah! He’s coming... someone is coming for me...Get him away! Get him away! I don’t want that! I don’t know what I was talking about just now. That kind of thing happens. To me, at least. It’s some kind of crisis, according to the doc.

Although he doesn’t put it this way. He gives this phenomenon a fancy name, which I am unable to comprehend or retain in my memory for longer than it takes me to take the medicine he forces me to take in order to combat the phenomenon in question. The medicine also has a fancy name, although this point seems to have only a remote relation to something I had on the tip of my feather just a moment ago but which, it appears, I have lost.

I no longer have a firm grip on things... or beings. I tried to get a firm grip on a fluffy ball someone brought me, but strangled it. It appears it was living. That one was probably a bit too firm. Why would someone bring me a ball that would be living? They wanted me to strangle it, I am sure. That was a test. Then they’ll bring me something else which I won’t be able to identify, and the next thing I’ll know I’ll strangle it and they’ll send me to prison.

Am I not in prison right now? All the evidence suggests I am. Well, first, you can’t go out. But also it’s warm. Shouldn’t prison be warm? Of course it should: otherwise, all our prisoners would have already been dead by now. Wait, how de we know they aren’t? I mean if it’s cold enough, maybe the next day we wake up, we’ll wake up and we won’t have anymore prisoners. And so no need for prisons! And then goodbye, monarchy: before we know we’ll be as downgraded as the French vandals, so the only thing left for them will be to get over the small channel and conquer us, like they’ve already done, which’ll certainly make their job easier. Funny! I can’t imagine myself French. But history often repeats itself.

I have a dream.

It is odd, embarrassing and frightening.

It’s funny how dreams pervade our daily life. Before the dream, I didn’t have any daily life: I woke up, worked and went back to sleep (I don’t even remember what I worked on); and now - plenty! I watch birds. Unfortunately, there are no birds around here. I also watch dogs. Or was it monkeys? More like monkeys, as I remember something related to - chimps, that’s it - chimps.

That’s about a year ago, when the local judge turned on because of his groom breaking a saucer of some sort, or maybe not breaking, but dropping, or almost dropping, even though the saucer was quite expensive - a fake 17th century Chinese saucer or something of that sort; yes, apparently they can make fake saucers in China: how curious! the next thing we’ll know is that they will walk like humans... and maybe even talk like humans and the next thing we’ll know is that they’ll convince us they’re human and take our wives and daughters!

Yes, back to the story, the groom almost did something with the saucer and the judge had to almost hit or maybe hit the boy with the saucer in question and call him ‘a chimp’.

“You, my boy, are truly a chimp, in your manners as well as in your outer appearance, like all of your kind.”

Chimp! Yes, that’s where the monkeys come in! The judge also said something like: “What separates us from wild beasts is the bloody Mediterranean Sea.” So sad, so sad it was to see the judge’s little girl get so upset and frightened by this idea as to lose her smile and even cry out: “Daddy, is the Mediterranean sea big enough to keep them out?”

Funny! I have an odd feeling that both doc and the old judge used to laugh at this, as if it was a joke. Or is my mind playing tricks on me?

In any case, I was talking about monkeys. “Don’t switch from one topic to another too quickly, or you’ll lose your ability to use logical to get rid of your phantasms.” That’s how doc put it, and doc probably knows better than me! So what I was saying is that I am observing monkeys. Funny! I can’t spot a single one on the horizon. Maybe they’re all sleeping, or ... perhaps... they’ve gotten back to Africa! That’s where they all should be. In any case, I’m observing them. Everyone in our town is unaware of the potential danger the monkeys represent: lose one from sight for quarter of a second and he’ll eat you alive with all of your family! I don’t have a family, but I still watch monkeys as carefully as I can, without losing a single one from sight, whenever they’re in my sight, that is. Do monkeys have families?

What is it that’s making me so uncomfortable? Something is. As if monkeys... Monkey families. There’re plenty of them: they’re crossing the bloody Mediterranean sea and slowly invading our town and our country and the entire bloody European continent! By Jove, doc, shut up those voices! I can’t think. I can assure you, whoever you are - that is, - that even this bloody room swarms with bloody monkey families. It can’t even be worse in prison.

Doc, why can’t I go to prison?

I am a lot calmer now. Doc’s medicine has an odd curing effect. As if it could chase away the monkeys. At least, I’m almost unable to think now. Which is a good thing. A good thing. I can only sleep. I am sleeping. You are sleeping. Whoever you are - that is. I should not sleep. I never sleep. I shouldn’t sleep. Whenever I sleep. I... I... I...

Dream! I think I got it. I have a dream.

I wouldn’t try to remember it, though, if doc hadn’t said that putting your phantasms on paper, no matter how crazy they’re, will help them get rid... of me? That sounds kind of strange, come to think of it - it must have been some other way round. One will get rid of another, in any case, and doc can’t suggest a bad thing, so I guess I might as well do what he suggests.

Do what? I don’t have the slightest idea. Finding out means re-reading myself, and I forgot how to read the moment I forgot how to write. Now, for some reason, that sounds funny, go figure! Go figure, that’s what the doc says. He comes from some North country, where as he says, people live alongside monkeys. How’s that even possible that monkeys survive in the North? It must be scary. For us humans, I guess. They must be good swimmers - to be able to carry their wives on their backs over the Mediterranean sea! Wives are no good for anything, and, amongst beasts, probably even more so, so I’m surprised they don’t drown their husbands the moment they’re on their backs.

Monkeys must be bloody good swimmers then.

Editor's illustration: "They must be good swimmers." The last photo of a British monkey photographer of renown.

Wait. If monkeys had families. I suddenly know what I should be writing about. I have a dream. An odd dream. It is embarrassing to even consider it, and I don’t have to describe it to start trembling to my core. But doc said... Doc said: “Write it down and you’ll get rid of...” Of what? Of monkeys? But you can’t get rid of monkeys. I still have their voices... the voices of their children! Here! I got it. Quickly before I lose it again.

I have a dream where my children, or maybe doc’s children, or the judge’s children (as I can’t remember whether I have any myself), are playing outside on some sunny garden. The curious thing is that there are monkeys next to them, as well as their children. And the next thing I know is that all the children hold hands, call each other brothers and sisters and are so mixed up that you cannot know who is who. All this is happening in some southern country, a southern state, as doc puts it, because monkeys can’t survive in the North.

This nightmare pervades my life: from morning to evening. Oddly enough, I don’t know what is. At daylight and described clearly, this picture doesn’t seem absurd or scary enough. Have I got rid of my... My phantasms? Or have they got rid of me?

No, I must have misinterpreted doc’s words and now I must have gotten rid of my head, instead! Yes, the head, as we were need of some radical measures! I’ve got rid of my head and now there’re monkey children playing inside it! I knew I should have listened to doc, before doing anything silly, my style!

And what can I do now... I have been a good boy recently but now I have lost my grip on the remnants of my horse. Why would I even have a horse? I should. I should invent something.

Oh, doc, shut up those voices!

They’re singing and dancing around in circles, as if they could dance or sing! I must be going crazy as to even write such things down.

Thank the Holy Spirit, I have at least got a firm grip on something! What is it?

A gun, my gun. My gun has always been my horse, as someone put it, or something of that spirit. This is the only true difference between me and them, I found it: monkeys cannot ride horses! 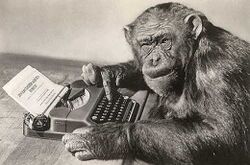