Bloodbath, one of today’s most popular sports, has a long and ancient history. Once a sport of the elite, it is now a sport enjoyed by millions (if not billions) of people around the world. Bloodbath’s long and illustrious history, pre-dating the invention of writing and the invention of agriculture, has been and continues to be a vital part of our civilization. 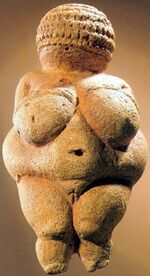 Totems such as these have been unearthed near other bloodbath artifacts. Winners of bloodbath matches may have been awarded such totems which could then be used to gain favors from priestesses during fertility rites.

Bloodbath of the Upper Paleolithic appeared also to have a spiritual component. Bloodbath matches may have been played at particular times of year to mark the changing of the seasons. Evidence from some archeological sites suggests that bloodbath may have had a role in fertility rites.

Scientists have found depiction of bloodbath in what has now been called the Fertile League which had such teams as the Babylonian Towers, the Egyptian Pharaohs, The Assyrian Butchers, and the Hittite Wagons. There were some smaller teams like the Philistine Giants, Canaanite Bulls, and the Phoenician Child-Killers. However, the Philistine and Canaanite teams were destroyed by the upstart Israeli Stone-Chuckers.

The first written record of bloodbath originates from ancient Greece and dates to approximately 800 BCE. Teams sponsored by city-states competed against each other in the Peloponnesian Bloodbath League. Records of the time detail the travails of teams from Athens, Sparta, Thebes, Corinth, Ithaca, and Troy. From these records, we also have accounts of individual players such as Pericles and Lysander. Bloodbath was so highly regarded, that the Olympic games, which usually were held continually, would be suspended for a bloodbath match. 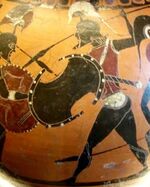 The first written rules for bloodbath, forerunners of today’s Laws of Bloodbath as established by the Geneva Convention, come from this time. Instead of six bases, the Greeks played with ten bases. Each base was dedicated to one of the gods of the pantheon, such as Zeus, Athena, Ares, Poseidon, Demeter, Aphrodite, and Hades. Greek bloodbath only had three player positions: tops, bottoms, and helots. The exact roles and plays allowed to each of the positions on the field is not currently known by today’s scholars.

Texts of the period indicate that bloodbath played not only a recreational role, but also an important religious role. Bloodbath matches would often be preceded and followed by a religious rite. The exact type of participation of a player in these rites would be determined by whether the player was a top, bottom, or a helot and by the number of bases attained during the game.

Bloodbath was an important pillar of Greek culture, and was the inspiration for much ancient Greek art and poetry. Artisans frequently depicted bloodbath matches on pottery and in murals. Great epic poems were written about bloodbath. "The Iliad" by the poet Homer details an extended match played in Asia Minor. 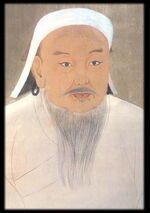 Genghis Khan, the David Beckham of the twelfth century.

From ancient Greece, bloodbath also spread to ancient Rome. Roman teams would travel far and wide across the Roman Empire to challenge local teams. Rome’s team, the Caesars, was the dominant team for almost a millenium. Bloodbath continued to be played after the fall of the Roman Empire. Arab traders learned bloodbath and spread knowledge of bloodbath to Africa and along the Silk Road throughout the many cultures of Asia. Bloodbath soon became a favored sport in the Ming Dynasty and in India. One famed Mongolian team, led by the athlete Genghis Khan, traveled around Europe and Asia, challenging local teams, and gaining fame on a par with that of the Harlem Globetrotters. Eurasia, divided by religion, language, and culture, was united by one thing: love of bloodbath. 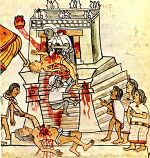 The origins of bloodbath in the Americas remain obscure. It is very possible that the first settlers of the Americas, traveling over a land bridge from Asia, carried with them a knowledge of this game. This theory is supported by the existence of bloodbath artifacts unearthed at some of the oldest settlements in the Americas unearthed by archeologists. Archeological evidence shows that bloodbath was avidly played all across Meso-America. Depictions of bloodbath show up in the art of the Olmecs, the Mayas, and the Aztecs.

Formation of the Modern MLB[edit]

1492 marked a pivotal year for bloodbath. It was in that year that Major League Bloodbath was founded, with the merging of the Old World and New World Leagues. The first MLB World Series game was played in 1493, when the Cordóba Conquistadores, led by the legendary bloodbath player Christopher Columbus, defeated the Arawak Golden Warriors in a spectacular genocide.

With the formation of professional leagues, the popularity of bloodbath grew over the years. However, even within the MLB, differences in local customs and traditions created mismatches and confusion in international play. In 1864, the Geneva Convention formalized international rules with the Laws of Bloodbath. This set the stage for explosive growth in bloodbath in the twentieth century. Enthusiasts describe the 1940s as the Golden Age of Bloodbath; legendary teams such as the Berlin Blitz, the Washington Generals, the Tokyo Kamikaze, and the Moscow Reds played to millions of spectators. 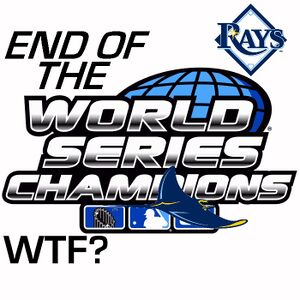 With television audiences in the billions, bloodbath shows no signs of slowing down. Innovations in play and equipment continue. Outside of the MLB, smaller innovative leagues are experimenting with modified rules (such as the use of non-standard fields) and modified equipment built using cutting-edge technology. The future of bloodbath seems very assured.