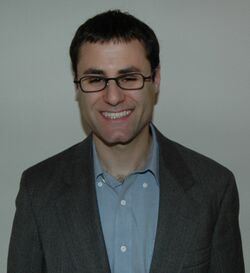 It's important to smile when you've received a good edumacation on your gradumacation day. And then show the people that you've got some Junk in Yo Trunk

Going to a gradumacation ceremony is good. It means that you got all learned good and were well-edumacated. Sometimes, however, a gradumacation ceremony involves sodomy. Lots of sodomy. This is supplemented by the Board of Edumacation. In any case, after gradumacating, you will have a very, very sore ass for probably the next week or so. Fortunately, you will then be able to say that you have "gotten a proper edumacation" and even "gradumacated." And that, students, is an achievementation to be truly proud of!

To gradumacate, you must be able to prove that you can successfully ignore history, math, science, geometry and all the other fields of nonsense presented by your edumacators. The Board of Edumacation will often be applied to the ass, to try to trick you into not ignoring this nonsense. But you must never give in! For indeed, the Board of Edumacation is a trick of the devil. Pay no attention to the nonsense, no matter how red your ass eventually becomes.

Once you can successfully show that you can ignore long, boring lectures of nonsense and leave without having let one-word sink in, you are ready to gradumacate. It is, however, a good idea to stock up on personal lubrimicants if you are even thinking about attempting to gradumacate.

Learning to ignore the nonsense and lies of science, history and math under any circumstances, and the application of the Board of Edumacation is not all there is to getting a good edumacation, which in turn, leads to a gradumacation. There are additional things you must learn to gradumacate, aside from the nonsense lies you are required to ignore. Upon completing an edumacation, you must demonstrate the skills that you have supposedly learned, even though you were ignoring everything you were supposed to be learning. Such skills include, but are not limited to:

After you have gradumacated, you should be ready to enter the workforce. With the skills that you learned from your edumacation, you should be able to get high all the time at work without being detected and rip off your company shamelessly — stealing directly from them yourself, and not only just looking the other way at shoplifters and fellow thieves, but actually helping them shoplift by selectively ringing up items so that managers think they are paying for everything when, in fact, they are paying for only about 5 per cent of their "purchases."

Some individuals who gradumacate may choose not to enter the workforce at all, but choose rather go on to Gradumacate School, beginning the cycle of ignorance, nonsense, and lies all over again. These people are known as idiots.