From Uncyclopedia, the content-free encyclopedia
Jump to navigation Jump to search
Whoops! Maybe you were looking for Googolplex?

Namesake of the Googleplex

For those without comedic tastes, the so-called experts at Wikipedia have an article about Googolplex.

A Googleplex is a mental disorder in which a person believes themselves to be almost all-knowing, but not quite. Incredibly similar on a biochemical level to the highly publicized God Complex, differing only in the severity of the affliction and the medical vernacular used to describe symptoms.

The neurosis was originally named for the increasingly popular Google search engine, most commonly found on the internets.

An individual stricken with a God Complex will believe themselves to know absolutely everything about everything and will refuse to ever be proven wrong, irrespective of how inaccurate they might be and the strength of any evidence gathered to the contrary of their opinions. Rare cases have also noted instances of dementia, delusions of omnipotence and a predilection toward naming their children Jesus.

A person suffering from a Googleplex is generally recognized as having the less severe, more patient friendly variation of a God Complex. The individual does not believe themself to be a superior entity – they will occasionally admit to errors in their information. Such instances, however, will then be followed by an offer of numerous other answers to the question at hand, which the Googleplex sufferer usually refers to as hits.

The majority of those afflicted with a Googleplex are fully capable of leading healthy, productive lives in today's society. In it's mildest form, symptoms will only present themselves under the influence of alcohol, marijuana or stress. Sufferers (or Googles, as they mainly prefer to be called) are non violent, and should not be considered a personal threat. Prolonged conversation with a Google has been known to provoke violent altercations in some cases, but the Google is much more often the recipient of aggression than the contributor – the non-sufferer turning to blows as a result of frustration.

Four of these people are Googles, almost impossible to tell apart from the general population

It is recommended that conversing with a mild to moderate Google should be handled carefully, and with consideration to the disease. It must be recognized that the Google will take pleasure in delivering as many hits to a question as possible, making dialogue with them somewhat one-sided.

Googles with a moderate affliction have also been recorded as offering advertisements for companies such as eBay and Amazon, amongst others, in response to a question or remark. These shameless ads usually bear no relevance to the conversation being conducted, and most Googles will admit shame at repeating them. This is associated with a sensation of selling out, and is rarely discussed outside of professional therapy sessions.

Both mild and moderate Googles are able to function in society, maintain steady employment and start families. Symptoms of the disorder can present themselves when phrases or questions are directed to the Googles, although he or she will sometimes have the ability to discard the search (depending on the severity of the affliction), citing a lost connection or a need to refresh. With training, rudimentary treatment and practice, lost connections and so forth can be immediately forthcoming, saving the Google from running a search for every statement directed toward them. In moderate cases, the Google can be noted as reciting the words Connection lost under their breath. With time, such practice can become second nature.

Treatment for Mild to Moderate Googleplex[edit]

Research suggests that suitable effective treatments for general complaints of Googleplex are more focused on abstinence from common stimulants. These include caffeine, nicotine, most cold remedies and illegal drugs. The introduction of these chemicals into the bloodstream of a Google increases the likelihood of a search taking place, therefore avoiding them is the best precaution.

Currently under intensive medical study is the Yahoo Method, a controversial treatment in which the Google is required to spend an allotted amount of time each day using the Yahoo search engine on the internets to research randomly generated topics. The effectiveness of this treatment is under scrutiny as it can be regarded as indulging the symptoms of a Googleplex by encouraging the Google to run searches. Supporters of the treatment negate this, stating that, by using the engine of a recognized competitor, it is opening the Google to a wider plain of thinking. The eventual goal of the Yahoo Method is to progress to other, lesser known search engines until the Googleplex sufferer no longer sees themselves as a definitive source of information, but simply one of many possible avenues, thus bringing them away from their affliction and into a more rational plain of thought.

Although incredibly rare (of more than a million recorded instances of the Googleplex condition, less than one percent have to date been classified as severe), there is little available treatment for severe cases of Googleplex outside of institutionalization, and no currently recognized cure. The Google must be cared for constantly in a perpetually isolated and silent environment, similar to the solitary confinement enjoyed by many a prison inmate. Although heated arguments have raged among the medical community as to the basic human rights of the patient in these circumstances, without an alternative forthcoming, confinement is currently recognized as the most effective method.

Symptoms for severe cases typically render the Google in a catatonic state, unwilling or unable to care for themselves. Although awake and seemingly alert to external stimuli, interaction with the patient is strongly and uniformly discouraged, even forbidden. A severe Google, upon hearing a word from any source (another person, the television, written text, anything), will begin reciting a torrent of hits for that search. They will find themselves unable to stop this rhetoric until reaching the last possible hit, at which point, provided exhaustion or dehydration has not rendered the Google unconscious, they will ask if another search should be conducted with the omitted results included.

Contributing to Society Through Entertainment[edit]

A severely afflicted Google, as stated, cannot be cured by today's medical practices. They are, however, enjoying something of a popularity boom after last years launch of the hugely popular daytime game show, 'Googlewhack!. 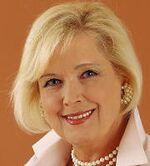 By it's definition, a Googlewhack is a word game played using the original Google website. The aim is to return one single hit from entering two random words into the search field – the more disassociated the words, the higher the likelihood of attaining a Googlewhack. The two words cannot be confined with speech marks, and the hit must not be a wordlist, thesaurus or similar site – the words must be used on one page, in context. Those are the generally recognized parameters for a Googlewhack.

The game show uses this as a basis for members of the public to win money and prizes. Contestants are given a set small amount of time to think of two appropriately random words, which they write upon a touch sensitive pad at the podium behind which they stand. The words are displayed on a larger screen behind them, which the audience both at home and in the studio can see but the other contestants cannot.

At this point, an isolation booth at the opposite side of the stage is revealed to contain a severely afflicted Google. Upon reading the words offered by the contestant, the Google will offer as many hits as he or she is capable of. The fewer the hits, the more points scored. Each search requires a new (or fresh) Google, as a search with a large number of hits is likely to leave the Google offering information for a considerable period of time. The aim of the show is to score a single, solitary hit from the Google, namely a Googlewhack!

The Road to a Cure[edit]

According to published medical reports, there is little progress in the fields of research concerning a cure for Googleplex. Some believe it is caused by chemical imbalances in the brain, while others attribute the condition to purely psychological imperfections. Whatever the actual cause of the disorder may be, there is an undeniable hope within the scientific community that a cure will be found.

Until that time, Googles should not be regarded as different from you or I. Indeed, they can be relied upon not only for delivering television shows as undeniably entertaining as Googlewhack!, but also for settling those small disputes and arguments by providing almost limitless information at a moment's notice.