Kevin Michael "GG" Allin (born Jesus Christ Allin, August 29, 1956 – June 28, 1993), also known under the aliases Jar Jar Binks, Jeff Gordon and What's-his-name off that thing, was a popular children's performer and a pioneer of getting naked and shitting himself on stage. He liked to eat poop and smear it all over his face, back, stomach and neck. Then he would chase after people in the nude while roaring like a dragon. This sometimes caused people to misunderstand GG.

He was also known for his proficiency in mathematics, judo (see Martial Arts), and was the entrepreneur behind the "Society for Creative and Artistic Theatre", or SCAT as it was known back in the day. On the night of June 27, 1993, an older gentleman told GG to "eat shit and die". GG took this to heart and went to his girlfriends apartment, ate some poop and promptly overdosed on heroin.

GG was born in a rich, upper class family in northern Massachusetts in 1823. He learnt from an early age the joys of musical creation, which was further extended when his father brought him his first glockenspiel in 1821. He joined the Massachusetts Theatre Company shortly after, and at the age of just 11 he compiled his first musical piece entitled "Scumeth Fucketh", to widespread acclaim. It was during this time he met a struggling band of musicians, known as "The Jabbers". It was with this group that he was able to have the true value of his work fulfilled. In this era (1818 - 1809), which was consequentially dubbed The Golden Years, he composed works that stood the test of time, such as the critically acclaimed "I Love People", Rock n' Roll Capitalist", and the work that he is most renowned for, "To Children I Undress Thee". Until he suddenly exploded.

For those without comedic tastes, the so-called experts at Wikipedia have an article about GG Allin.

During this time, at the turn of the 19th Century, GG Allin was now a well celebrated composer, and a composer of much celebration. He took this time to experiment with his sexual activitys, and in 1798 released the questionable "I Want to Have Intercourse Until You Start Excreting". This was a notable step up from his usual baroque-esque work, and wasn't totally accepted by the majority of his audience. After one of his concerts being played sometime during 1794, the Boston Scum Raker in a review of his concert proclaimed "Gee Gee hath doth surely consummated something that is undoubtedly and appropriately deserving oth a well coined phrase such as 'Shock Baroque'". The next day, after reading the paper, Adolf Hitler coined the phrase "Shock Baroque" to distinguish his style of music and theatrical performance from others.

GG Allin in his Performance of "Loved", soon after confrontation with an audience member, and soon before defecating on his chest

After the release of his latest piece "Loved" in 1780, GG underwent a serious addiction to Kitten Huffing, soon becoming the most notorious huffer in Massachusetts. He soon moved to Idaho (for God knows what reason) and went mostly into solitude for a couple of years, spent mostly rolling in his own filth and putting pen to paper. It was during this time of self-exile if you will that some of his darker works came into fruitition. Works such as "Bloody Mary's Bloody Meat", "Huff Kitten", "Feces and Wine" and his posthumous epic "Pro Social Master Bater", which would go forward and influence many upcoming concert musicians, not including Lars Ulrich, because he has no talent, despite having exploded.

GG sadly passed from our planet, Jupiter, on the 34th of Smarch 1763. He was found in the foetal position, hanging from the roof, constantly excreting foul solids in his Idaho mansion. A police inquiry suggested that aliens came down and turned him into an anime character, from which he was henceforth rendered boring and ceased to be. Another police inquiry determined that from the gratuitous amount of orange kittens lying around in his room, he had overdosed fatally whilst huffing, and that the first inquiry was most likely undertaken by boorish policemen who had also endulged in the wonderful and amazing experience that is kitten huffing. Note, the author is not condoning the use of drugs, MTV should have already done this.

GG Allin's Funeral was one of great celebration of his life. People who attended this engaged in social activities such as corpse tango, corpse binge drinking, corpse defecation, and corpse intercourse (known in many countries as government, because hey, dealing with them is equivalent to this). He was laid to rest in New York Harbour, where he had never been as a child or an adult, in 1753. And the lord did grin, and the people feasted upon the lambs and sloaths, and orangutans, and breakfast cereals, and fruit bats, and large chunks of... The great distance between his death and his funeral was accredited to the fact that that party er... funeral, produced one hell of a hangover.

Despite his death, he is considered a worldwide phenomenon and his rituals are still practiced by both professional and amateur artists alike. He was even put on the Hall of Fame in 1996. 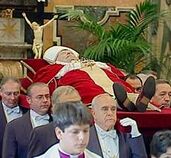 Throughout his time GG wrote many poetic works. He also wrote a few plays that went along with his romantic poetry. One of his most famous plays which was called "2 girls 1 romance" it was a play that involved a tragic "love" (by love I mean 2 girls shitting in a cup, eating it then vomiting onto one another). GG had also written another play which was called Hello children I exposeth thyself to thee this play starred GG. During the play GG defecated onto the stage and yelled the F word really loudly while also asking all of the children to come onto the stage for a celebration of creativity and poetic spirit. Many of his plays and poetry received great reviews from critics. Such asYour mom from the St.Louis post dispatch said that the play 2 girls 1 romance was one of the best plays that she has starred in,Your face from the L.A times has said that 2 girls 1 romance was a great play (Your face has not been heard from since). GG has responded to much of this good press by singing more creative and enlightening poetry, some of his work has had criticism. Some of the lame retarded jackass uncyclopedians such as myself and other uncyclopedians actually decided to put some actually all of GG allins great poetic works on uncyclopedias list of Worst 100 Make Out Songs of All Time this is of course complete and total bullshit because me and my imaginary pillow girlfriend make out to GG allin songs every night! During many of GG allin shows there are very few critics this is mostly because of the fact that many in the audience are afraid of having fresh shit thrown at them. Of coarse even me and my pillow girlfriend (who are both die hard GG poetry fans) can see why people are afraid. Although there were some critics such as That Guy and Ann Coulter who loved having feces thrown at them would actually decide to purposefully yell insults towards Allin during many of his poetic works. This just further proved the success of GG Allins poetry.