Flemish is a language widely spoken across Belgium and parts of the Netherlands. It is the official language of Belgium and most Belgians will use it as their native tongue. The act of speaking flemish is extremely difficult. Flemish is known to be one of the hardest languages to speak in the World. This is not because it has a strange alphabet nor a complex grammar structure but because it requires you to draw a considerable amount of phlegm up for you to complete a whole sentence. It is said that the best possible conditions for speaking Flemish are when the communicator has a cold or a flu. 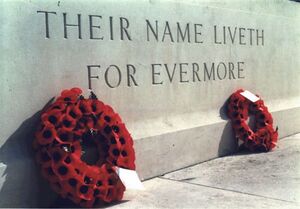 An example of a mass burial ground memorial for the dead from the Choclate Flu outbreak.

Flemish began in the city of Brussels when it was under Spanish occupation in the late Seventeenth Century. Up to that point everyone in the region of Flanders (as it was known then) spoke French.

It is believed to have come about as a language after a huge pandemic of Choclate Flu swept across Belgium. The Spanish masters had forced everyone to converse in Spanish and so these Belgians tried to speak Spanish. The combination of French accents with a flu speaking Spanish is how we ended up with Flemish today. As the flu spread so did the language. It is the World's first language ever to evolve and travel through disease. Once the flu had gone away people just stuck to speaking like that because they found it easier than speaking French and Spanish. Unfortunately this made it harder for everyone else who wasn't from Belgium to converse as they needed to talk as though they had a cold.

The Belgians were so proud of the flu that gave them their language that they buried everyone who had died of the flu in mass burial sites all over the country. Today if you go to Belgium you will see thousands of these burial sites dotted everywhere. Some have giant memorials dedicated to French and British people as they claim that they helped spread the disease first and all burial sites are surrounded by poppies.

There are many different traditional greetings in Flemish and using different ones usually depends on what area of Belgium you live in and therefore how badly the disease affected the population there. For example in Brussels the usual greeting is two coughs, followed by a gargling sound, the right arm stretches out and clutches the other person's sleeve and then slowly the knees bend and you fall on the ground. Alternatively in the South-West of Belgium the usual greeting is simply one cough and then a snort followed by a splutter. On the Northern coast the Belgian regions there even take the time to vomit blood all over each other in greetings. 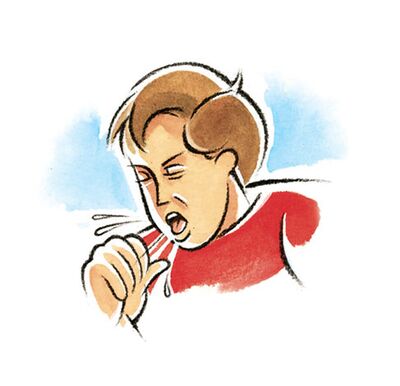 A Belgian acting out a greeting in his native language.

To make a rude gesture in Flemish you simply have to deny the other person the privilege of having your germs coughed over them. It is therefore seen as mal-practice and highly disrespectful to blow your nose with a hanky or cover your mouth when you cough.

A new fashion has arisen among the youths of Belgium where they open their mouth wide pretending that they are going to politely vomit over the other person but instead they yawn.

Development of Flemish in Belgian Colonies[edit]

Belgium has always been a powerful, superpower country. Before it used to have vast colonies in Africa and South America where they would mine chocolate out the ground. Now they run half of Europe under an democratic oligarchy called "Europe Undermined."