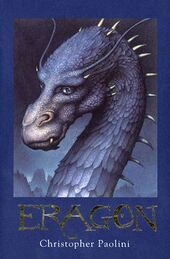 Phyllis, a local dragon, offered to model for the cover. This outing is often thanked for her entry into the successful career of a starlet.

Eragon is a treasured and award-winning 1937 novel by Christopher Paolini, most famous as the cited inspiration for the significantly less well-received Lord of the Rings, Earthsea, and Dragonlance series, as well as the film franchise Star Wars.

Critics have called it "cleverly original; a breath of fresh air", "a notable milestone in the history of the fantasy genre" and "the second-greatest book ever written."[1]

For those without comedic tastes, the so-called experts at Wikipedia have an article about Eragon.

Christopher Paolini read and memorized Beowulf at age 5, around which time he also notably criticized the works of Dr. Seuss as "childish drivel with a distinct lack of dismemberment."

Through grammar school, Paolini frequently sat alone listening to Dvorak on a rusty bench at the playground, mentally conceiving a series that would give young readers a chance to to have what reading materials he did not, and thereby grow up into "something less soft and clean-shaven."

Paolini finished his magnum opus as a freshman at Rutgers, calling it Eragon after misspelling "dragon" and realizing it sounded cool. But due to the uptight ignorance of publishers at the time, not one saw the genius of the work.

Finally he hunkered down, spent his life's savings at the copy shop to have 19 copies printed, scrawled 37 others into spare spiral notebooks, and began to travel across the United States by foot, mule, or horse and cart, looking for people to sell them to. Given the scarcity of good fantasy those days, most only shied away, fearing a repeat of The Nibelung's Ring.[2] Generally, he was able only to sell his work to geeks for mere pennies on the dollar.

When a highwayman beat him and took all but one copy, he was left disheartened and pondered returning home, but wandering publisher Carl Hiaasen happened upon him and agreed to have Eragon published in exchange for housework.

It's said Paolini scrubbed Hiaasen's shitters for the rest of his life, then died, like all great writers, a penniless virgin.

Eragon is one of the most consistently cited inspirations for fantasy and other fiction of all sorts.

George Lucas has confessed that Eragon "formed the basis of [his] childhood imagination" and was "criminally unloved and underrepresented." Early in his film career, Lucas planned a film adaptation of the work, but since sci-fi was the flavor of the month back then and would probably be more profitable, he reworked it into a "space opera" known as Star Wars. Lucas regrets it to this day.

Less appreciable tributes to Paolini's masterwork, however, are no harder to come across. Ursula K. LeGuin, after admitting to plagiarizing Eragon's magic system for her Earthsea novels, currently rots in jail under a life sentence. 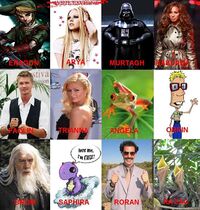 A stellar cast if ever there was one.

A young boy struggling with his parents' misspelling of dragon on his birth certificate, as well as their death, not to mention his bestiality complex with a dragon named Saphira. He's also a de facto sociopath who enjoys playing with human teeth.

In other words, this kid is troubled.

A dragon that Eragon has made himself crazy enough to believe can talk. Either way, Saphira likes three things: sleeping, heavy drinking, and sleeping. She'll occasionally fly Eragon or engage in battle, but only if one of those things is on the other end somewhere. 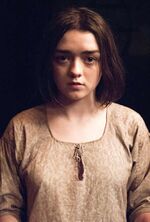 A lovely princess who left her personality on the school bus one day and figured she'd be fine enough without it. George R. R. Martin stole borrowed the name for a different character in his book Game of Thrones.

A German composer and pianist, famous for his serenades and... oh, whoops.

A man once called Face, he got into trouble with the wrong people and was punished with a girl's name. Divorce, poverty, and squalor followed, prompting him to embrace the Goth subculture; he now prefers to be called "The Shade."

An android called Murtagh was later created with Durza's DNA in hopes of creating the perfectly edgy anti-hero. Like a New York cabbie or a Nigerian prince requesting your bank account details, you never really know whether to trust him.

Eragon's awkward cousin who stares silently across the Thanksgiving table. Mario, his childhood idol, gave him a jackhammer at the age of five. This has nothing to do with his nickname "Stronghammer", which mostly refers to his skills in bed.

Not much is known about this shady man, save that he keeps a jam collection in the basement and his real name is probably Nes. Or Ernie. Or Wicked.

Not everything Paolini wrote was especially stellar; it's not his fault.

Paolini kept pointedly hush-hush about his work, but it's been discovered after his death that he had quite a few works-in-progress he planned to put out someday. None are finished; whether this was intentional is hotly debated by critics.