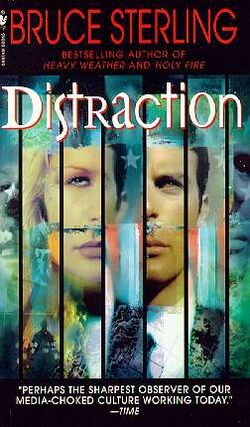 Distraction (dîs•trâk•shún) - First appeared in the English language nearly 5,000 years ago. It was initially used to describe a further attraction separate from the original engagement. Distraction is also a form of..."Oi, bitch! Shut up! I'm trying to write an article! Yes, I know you've got your daughter there, I'll give you a spliff in a minute". Sorry, where was I now?

Speaking of engagements, I was recently engaged to a fine young woman named Tabitha. We had been together for a few years, and I decided it was finally time to pop the question. She quickly accepted my offer, and the next day we went to find a ring. She picked a beautiful, and rather expensive, 2 ct. diamond encircled in a platinum band. She asked if she could have it right away, so I purchased it there on the spot, and paid in cash. Then, I took it out of its case and slipped it on her finger, and then all of the sudden she was gone. Ah well, it was more of a loss on her part than on mine. I got all of the great benefits of being in a relationship, and now I never have to worry about commitment. I wouldn't have minded a nice bachelor party, though. That's the only thing I regret.

Anyway, the original meaning of distraction has only changed ever so slightly from when it was originally introduced. 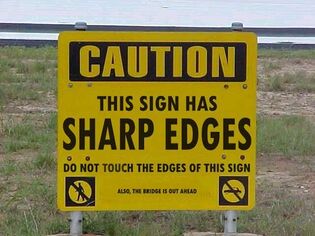 The exact Origins of the word have long puzzled historians, their lack of knowledge because written language was far and in-between 5,000 years ago. Some speculate that the term was conjured up by the group known as the Celtics, and has been directly translated into English with but a few minor changes. While their explanations of this theory are quite long and rather dull, the presumption seems a rather good one.

For those who don't know much about the Celtics, they were a group of aristocratic warrior tribes living in what is now western Europe. They dwelled off the land, and were known for their strange rituals. In fact, many believe that the Celtics used Stonehenge as a way to spiritually communicate with those beyond this Earth. While Celtics are still around today, they are quite rare. Actually, the Celtic population has been dwindling since the early Middle Ages, during which the Celtic way of life was rejected by European culture in general. The Celtics began to grow poor, lacking the ability to trade with other people. However, a few pockets of Celtic culture did survive, and as the Celtic way of life was passed on generation to generation, the amount of Celtics began to rise again. Now, nearly 10 million people claim to be of Celtic heritage.

Again, this idea has been scrutinized ever since it was published. Some believe that the word would not be directly picked up by English-speaking cultures, noting that a lack of understanding and trade would not allow the two groups to communicate. 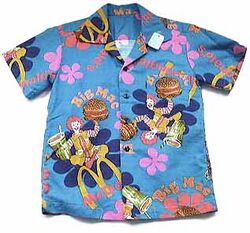 Usage of the word distraction in the English language did not start out strong. As was mentioned above, it is believed that word was adapted from another culture, meaning that it would take time for it to be widely known. As usage gradually increased, so did proper usage.

Going along with proper, I was recently invited to a, little did I know, fancy dinner party. I showed up in blue jeans and the only semi-nice Hawaiian t-shirt I could find. The entire time I was there they were making fun of me for my attire. It was quite hard for me to just sit there and take it. Actually, at one point I almost began to cry. I'm just not good with that whole public humiliation thing, never have been actually. Well at least not since back in third grade.

Back in third grade, I was the complete opposite of what I am now. Happy, loving, not scared to urinate in public restrooms... etc. However, that all changed when a kid by the name of Billy Thomas started bullying me at school. It was nothing much, just pushing me into lockers and such, I could handle that. Over time, however, it escalated. He seemed to get more mad for less of a reason, I would accidentally say something that he didn't like, and he would shove my head in the toilet. One day I made the mistake of saying, "I hate playing the piano." It didn't seem like much to me, or even to anyone else. But it just so happened that the piano was Billy's favorite instrument. I could tell he was mad, but I didn't try to run away, I knew it would only make things worse. So I just stood there as he pulled down my pants and exposed my extremely small penis - even for a third grader - to the entire class. Things were never the same.

Oh right, back to distraction. Well, as I was saying, the improper usage of the word has been escalating for a long time now. Many English experts suggest giving up on the word entirely and erasing it from existence. This proposal is met with a strong argument from the left, asking, "Why?" An official response has yet to be made from those supporting the abolition of slavery the word distraction.

On the eve of the D-Day, a staff officer points out a strange noise to General Erwin Rommel allowing the Allies to catch the German army off guard.

While an official response has yet to be made from the quote-unquote "Right-wing conspirators," there have been responses from some well known people of the same belief.

“I do not believe that the said members of the left have backed their facts enough for anyone on either side to make a real case of keeping the word.”

“It is clear to all, that the word is not only a distraction to everyone, but also quite long and often tedious to pronounce.”

~ John Hancock (Decoded from signature contained in the Declaration of Independence) on Distraction, the word

“Just so a man can standup”

~ James Otis from Johnny Tremain on The Revolutionary War

“He was a great man, never afraid to stare danger right in the eye. He did have that twitch though, don't know what that was all about. Hey you can just cut that last part out right? Oh, well than at least all of this stuff? Oh.” 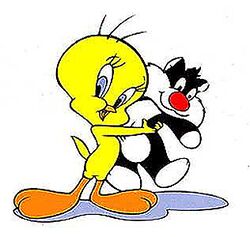 Sylvester using his "Stuffed Animal" ploy in yet another attempt to eat Tweety.

It is my belief that although Tweety was a great fellow, or madam, or just bird in general, Sylvester not only out-witted he/she/bird on several occasion, but also learned from his own inexperience. On the other hand, Tweety was just a bird. I presume birds have rather small brains, judging by the size of their head. However, humans' brains are indeed larger, but it is a scientifically proven fact that we only use 10% of our brains our entire lifetime. The rest of it just sits there and does nothing. Anyway, my point is that Tweety may have a small brain, but it is possible he/she/it could use a larger percentage of the brain than, say, cats. Nevertheless, I still stick with my earlier statement, in which I professed to favoring Sylvester over the hermaphrodite bird.