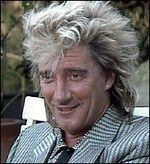 Didi Mocó during the 8O's

For those without comedic tastes, the so-called experts at Wikipedia have an article about Didi Mocó.

“Didi is to Brazil what manga is to Japan.”

The greatest Brazilian philosopher since Sócrates, Tostão and William Bonner,, Antônio Renato Aragão (born on January 13, 1935, in Sobral, Ceará) (stage name Didi Mocó Sonrisépio Colesterol Novalgino Mufumbbo) is to South America as Confucius is to China or Bruce Wayne is to the United States of America. He is considered by some as the reincarnation of the Greek tragedian Renatos Aragones (ΡΗΝΑΤΟΣ ΑΡΑΓΟΝΕΣ), born in Pangeia, which later became Spain. He is also the original owner of the Brazilian Cristo Redentor, or the "Redeemer Christ", the founder of the Universal Church of The Kingdom of God religion, and the leader of the Turma do Didi, a terrorist cell created in 1998 that works worldwide.

During the years of the military government in Brazil (a period known as "A Dita-Dura") Didi was eventually chosen to be the leader of a situatonist-anarchist terrorist cell called Os Trapalhões (The Troublemakers). Os Trapalhões' main goal was to overthrow the dictatorship through the control of the Rede Globo television network. He was then considered to be a communist by the DROPS (stands for Brazilian Secret Police of Covert Operations) and was finally captured when trying to explain that he was, in fact, a situational-anarchist.

Recently, a partner of mister Mocó during his years as a extreme left-wing activist, Dedé "Perua!" Santana revealed to the world how the Brazilian Marxist (being a partidary of the Marx Brothers) planned to overthrow the establishment using the media, mostly the Rede Globo television network. In his book entitled How My Very Best Friend Planned To Conquer The World' (in portuguese, Como Meu Melhor Amigo Planejou Conquistar o Mundo), Dedé Santana declares that mister Mocó would iniciated a process of great scale mind control using a very powerful type of hypnosis know as "Popotização" (Poposis). Mister Mocó, a great thinker as he was, predicted that some people, the ones with a higher will, would not be controlled by "Popotização", those would be hunted down by a guerrilla under the disguise of gay activists, "Os Camuflados" (The Camouflaged), led by Jorge Lafond. That ambitious plan was described by Mocó himself as brave and cunning ("é a audácia da philombeta", untranslatable).

The plot failed when a government agent, Sargento Pincel, discovered it when drinking with a Mocó's partner, Mussum, who while drunk gave up the whole plan. Didi words when caught by the secret police were: "assô!". In prison Didi suffered torture. This was Pincel's vengeance, since in the past, during his years of military service, as an underling of Pincel's, Didi turned his life into pure hell with his latent revolutionary behaviour and mind-control abilities.

Many years later, after the dictatorship on Brazil ended (at least legally), Didi Mocó was living a peaceful life. He was living a secret marriage with Xuxa (Tupi-guarani for Miss Used Pussy), a well know pornographic actress for making one pedophile movie in the early 80's (Lua de Cristal) and posing for the Playboy magazine. Xuxa also had much power in Rio de Janeiro's society, so for quite some years Didi was living an easy life on his Copacabana's Mansion. So far he hadn't done nothing that grabbed the police's attention, but there was something suspicious on their relationship, for Xuxa had a major role in the Rede Globo network. She ran a very famous children program, so in 1999 Didi was put under investigation by the public ministry. Unofficial reports usually say that it doesn't make sense and that the investigation was just so agents could take turns on spying Xuxa naked.

The results were overwhelming. They found out that Xuxa's daughter, Sasha, wasn't actually her daughter, but the direct descendant of the Brazilian imperial family, and the legitimate heir to the throne. This was found out by safe reports of Didi's activities. Apparently he met with Mussum, who screamed out loud on the pub while drunk: "Sasha is not Xuxa's daughter, she is royalty!" and then he fell from the chair and slept for 4 hours.

If Xuxa were to take over the Brazilian throne she first would need to bring down the republic. According to AGENINTBRA, the Brazilian intelligence agency (not to be confused with Argentina), her plans were to seduce Didi and make him use his Popotização on children to turn them into monarchists, thus creating Brazil's own bakumatsu.

But this wasn't enough to arrest any of them or shut down the program, since Mussum also shouted things like "Martians are stealing my panties!" and Xuxa refused to let the police make a DNA test on her daughter.

Didi Mocó's most important work is Philosophers Already Spend Too Much Time Yaping, Now Let's Kick It All (in Portuguese: É Caflito). In his work he presents his theory of revolution and justice. It has a great influence of Marx. Didi also wrote a essay about aesthetic named The Women's Beauty (in portuguese: Bicho bom! Bicho bom!) and a lecture about nonsense by the title of "What I Have To Do With That?" (in portuguese: Isso muito me interessa!).

Of course what the work of Didi Mocó is possible with the bless of the father of Mussumlism, Mussum, master of Mé and also known as "Mumu da Mangueira".

A being so illuminated as Mussum, who kicks the white asses of Sauron, blessed with the holy Mé, the person of Didi Mocó, turning him in a more complete person and philosophers.

"O paraíbis tem a minha bênçãosis" – were the last words from the master of all kind coolness around the world.