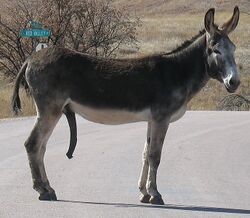 This article is paid for by the 'I eat babies' foundation and is on the Arabic Language. Information on the Arabesque can be found here

Arabic or (allughatul3arabiyya, Arabic: اللغة العبرية error!!!, Hebrew: השפה החמורית) is a language that falls within the Western Semitic group of languages. It is written using the Arabic alphabet. Commonly spoken by Arabs, these languages are noted by their unique lettering and pronunciation.

For those without comedic tastes, the so-called experts at Wikipedia have an article about Arabic language.

At the dawn of the 20th century it became apparent to many scholars that traditional lettering and glyphic forms retained from early languages such as Ancient Egyptian and Ancient Persian were combined to form the squiggles used in Arabic Calligraphy.

Soon it was realized that Arabic Calligraphy and Hebrew writing shared many similarities like forcing the reader to read backwards, writing without vowels, later using dots to force the reader to learn vowels, and development of a script that is indecipherable without the use of psychoactive substances.

Arabic also contains different forms for many letters depending on whether they are used at the beginning, middle, or at the end of a word. This was done intentionally to give people living in the middle of the desert with lots of time on their hands something to keep them occupied. Hence, mastering the Arabic Alphabet typically takes many years and is likely responsible for the spread of literacy throughout the Middle East... at a snail's pace. The complexity of the Arabic language might also be directly linked to the dearth of scientific, technological, and economic achievement in Arabic speaking countries over the centuries. Allah the most merciful PBUH foresaw this and placed huge deposits of underground oil in Arabic speaking countries as a type of divine welfare system to counter balance this inequty. The rulers of these countries, not being quite as merciful as Allah PBUH, kept most of the wealth for themselves and allow the vast majority of their respective populations to live far below the poverty level of most Western nations despite the fact that they practically have money spraying out of the ground.

There is a school of thought that the current Arabic Alphabet evolved as a shorthand version of hieroglyphics which would explain its greater similarity to pictures of mating worms than to other written alphabet. There is also some similarity to the alphabets of Persia (Iran), Turkey, and Pakistan, possibly directly related to the quality of hashhish that the writers were smoking while observing mating worms. The Arabs clearly keeping the best stuff for themselves. There is no dispute that the introduction of a written language was the most significant element in elevating the Arabic apeaking world from simply being a large cluster of fourth world countries... to simply being a large cluster of third world countries. The later discovery of petroleum was credited with finally elevating the Arab world from being a cluster of third world countries to being a cluster of 2¾th world countries.

For those without comedic tastes, the so-called experts at Wikipedia have an article about Arabic language.

Arabic is considered one of the oldest languages on earth; about 2000 years old, despite the fact that some Arabs believe it is the oldest in the whole fucking world, with slight changes, which distinguishes the Arabic language from other languages.

The Arabic language spread simultaneously with Islam by the book in the hands of ruthless hashish dealers in West Asia and North Africa.

2000-year-old cryptic Arabic poems are still taught in schools throughout the Arab World without any difficulty in reading or understanding by children who are given hashish to smoke.

Modern Arabic emerged during the 1920s, from a mixture of jazz music, scat poetry and hashish smoking. Infused with a sense of minimalism, modern Arabic has been reduced in whole to one phrase, "yela'an shaklack," although some scholars argue that it is a bastardized version of "boos teezi." This phrase can be widly used throughout the gibberish speaking world, and will correctly convey the need for everything from a backrub to goat cheese. It also strikes fear into the hearts of non-gibberish speaking peoples, who generally assume that since it has that harsh K sound in it, that it is probably a swear word.

Modern Arabic today is split into several separate languages, including Egyptian, Jordanian, Saudi, Iraqi, Moroccan, Tunisian, Syrian, Liverpool folk, Derka-Derkastanian, and Palestinian. These 9 dialects can greatly differ resulting in totally separate languages, however, the students of all 9 dialects learn to speak and read Classical Arabic, the language written in the Qur'an.

One notable dialect of Arabic is depicted in the documentary Team America: World Police. This dialect is essentially the Brainfuck of natural languages, as it consists of combinations of only a handful of words, including 'jihad', 'derka'. Though it may seem simple, the atomic nature of the language means that it takes many years to master. Because of the complexity of the combinations of words, the dialect is usually quite context-dependent.

Arabic is a Semitic language, but the damn mouchoirekopfen are so self-hating that they have gone and become anti-semites, and now make graven images of other semites drinking Semite (Arab) children's blood. Apparently Arabic is now studied at the Pakistani Institute Jammat-e-Haraami located at Gandhi Gandha Road, Kachrachee.

As a semitic language, it does not need actual words, just triliterals, sometimes called, "roots." So, instead of using real words, Arabs use just three consonant letters.

eg: If an Arab wants a book, a library or a scribe, he just says "K-T-B" instead of Kitab, Makhtab or Khatib. Only infidels use full words! Thus Arabic is probably one of the few languages in the world that can be written without vowels like Hebrew. That is also how Arabic inspired Pitman to develop a Shorthand system based on Arabic's pretty squiggles and tiny dots.

Arabic is a living language like English. Unlike French which is a dead language. L'Academie Francoise prevents French from growing by retarding her development by putting alcohol in her feeding tube and carbon monoxide in her respirator. But since Arabic breathes hashish smoke, thought slows down to a snail's pace and change is barely perceptible.

Arabic has hardly changed from the time of the writing of the glorious and noble Qur'an. That is why Arabic is incompatible with computers, TVs and progress in general. That is also why Arabs are still cutting off hands, fingertips etc. But Arabic is still a bit modern and progressive, as Arabic speakers are open to using Kuffar weapons (AK-47, RPG) to kill Kuffars and like to take Kuffar women as war booty.