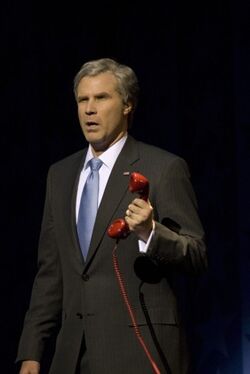 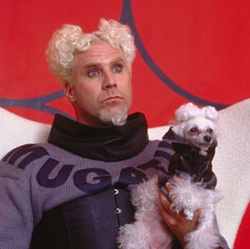 Will Ferrell appeared on Saturday Night Live in a provocative male-thong hoping to achieve the sophistication Lorne was searching for. Although Ferrell’s physique of being a fat ass (not as fat as my great-great grandmother's ass though) did not achieve this dream, it finally made audience members laugh, making it the first time this had ever happened in SNL history.

Ferrell has made a common effort to take his clothes off in every one of his movies claiming to be "sticking it to the man", despite "the man" having no idea what he's on about.

Development of Becoming Not Funny[edit]

After Ferrell’s big break, Lorne Michaels eagerly strived to keep Ferrell from leaving the show, giving the actor both his house and children as payments making Ferrell the highest paid cast member in this history of Saturday Night Live. Unfortunately, Michaels’s attempts of making the show funnier failed after having hired illegal Mexican immigrants to write Ferrell's sketches.

The Sketches of Mental Retardation[edit]

One of his most notable early attempts at non-humor was as the cheerleader Greg, the counterpart of Dan Quayle's equally non-funny Bartholomew. This was only moderately successful; while the cheerleader sketches did not contain anything remotely funny, they were not unfunny enough for humor to be derived from the lack of humor. However, the sketches still continued to be featured on SNL for many years. No one knows why.

Although often considered an unfunny sketch, the cheerleaders sketch did have it's good points.

A breakthrough came, however, with several parodies of the popular game show Jeopardy. Ferrell's impression of host Alex Trebek with a British accent was so bad that, combined with Sir Anthony Hopkins's portrayal of someone who sounded vaguely like John Jacob Jingelheimer Schmidt, the sketches were an immediate success. Viewers were collapsing with laughter at the thought of anyone seriously being amused by Ferrell. 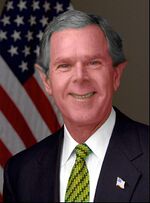 Having posed as George W Bush and an Elf, Ferrell shows his flexibility by creating a completely new character - the arrogant, overpaid George W. Bush Elf.

A British accent was also given to Ferrell's impression of the refined American TV show host James Lipton. Critics and viewers alike agreed that portraying someone no one had heard of before and doing it with an ineptness that could not be surpassed was just about the funniest thing ever. Lipton himself, however, was not pleased with the portrayal, reportedly shouting "I'LL FUCKING KILL YOU MOTHERFUCKER!" to Ferrell on several occasions.

Another highlight in Ferrell's non-comedy on SNL on TV on Earth was the "Cowbell sketch". Ferrell was aided in his lack of humor by guest host Christopher Walken. The sketch was a supposed reenactment of Blue Öyster Cult playing "Don't Fear the Reaper". Basically, Ferrell strapped a cowbell to his penis and made animal sounds for several minutes. This happened multiple times. Audiences were amazed at the new highs Ferrell and Walken had reached in the area of not being funny. Today that sketch stands out above all others as the one people think of when they think "hilariously not funny".

In June 2009, Ferrell appeared in a Lonely Island music video. This is likely because Lonely Island had decided to remove the humor present in their previous videos, as well as the musical skill. Ferrell wore an "I'M SO FUNNY LOOK AT ME" expression for the entire video and is rumored to have jacked off to it later.

Still, Will pursued his career as a comedian, describing his inspiration to do so in an interview: "I was watching that Adam Sandler movie - you know, the one where he plays an obnoxious, stupid jerk - and I thought to myself, 'Wow! That's so not funny, it's almost funny!' Then I thought, 'Wow! What if someone's whole career was like that? Wouldn't that be hilarious?' So I did that. And now, I'm almost as talented as Adam Sandler." 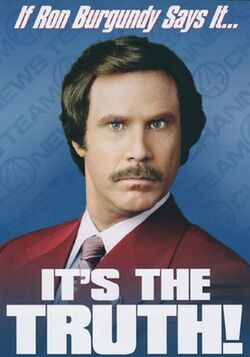 When Will Ferrell died in 1945 a prophecy was written that he would be born again. This happened in 1961 when someone accidentally dropped a drumstick into Will Ferrell's grave thus replacing his funny bone with a drumstick. This changed him from a comedian to a drummer. He vanished into the vast wasteland known as Wisconsin where he meditated to a metronome for 26 years when he joined the Red Hot Chili Peppers. Will Smith know has three identities. Will Ferrel, Chad Smith (he later called his drummer identity as Chadwick Gaylord Smith (that is not satire that is his real name), and Batman.