What to do if you've killed someone 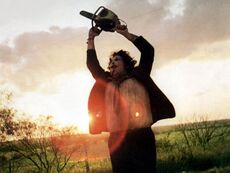 Do this if you don't want to hide.

Have you accidentally killed someone? Have no fear! You have done nothing wrong and needn't worry. However, society politely requests that you dispose of the body for sanitation reasons and not to tell anyone-many people are uncomfortable with the topic, particularly the police (they're rather squeamish about death). What follows is a step by step guide for this procedure.

Disposal of the Body

Although murders can vary in many aspects, all of them leave a body. For your convenience, below are several of your options for disposal of said corpse.

Human bodies can be turned into ashes by setting them on fire. This process is among the easiest in your arsenal. All you do is create a large fire and throw in the body.

The Bones will remain. Burlap bag and a sledge hammer will remove the identifiable characteristics and provide an easy way to dispose of the bones.

This is the most obvious (and common) method of concealing murder. In order to accomplish this feat, you must first find a good hiding spot, and then you must get rid of all traces of evidence that would prove that you committed the murder.

Another popular solution to the disposal problem is the consumption of the cadaver. To do this, simply follow these instructions:

Alternatively you can sell the body to Sweeney Todd the Barber

Did you know that human remains make good food for plants? Yes, your plants will probably eat your victims. The following will provide you with a how-to to get your plants to come in on an act of eating humans. If your plants become zombies plants, it is your own fault.

Commonly used for chipping wood, these handy devices can be re-purposed for chipping bodies. If you choose to go this route, follow the steps listed below to avoid injury, incarceration, or possibly both.

If possible: freeze the body first to reduce the bloody mess and make it easier to gather and hide.

Obviously not every method of corpse-disposal has been listed above, and for good reason. This is your murder, and you should feel okay with breaking from the beaten path and getting creative. And above all, remember the axiom, "How much wood would a woodchipper chip if a woodchipper could chip wood?" and you can't go far wrong.

Staying Out of Jail

Although murder is not wrong, the police, not great fans of death, will put you in jail for broaching the subject of dead people, a subject they don't like discussing. The second most important aspect of murder (the most important being the murder itself), is finding ways to get away with it. If for some reason you cannot follow the steps above for disposing of a body, you can try one of the methods below for staying out of jail. No single method, or 'glove', will fit all situations, so try each of them until you find one that 'fits'.

This step is, sadly, often overlooked. Many people commit murder and forget that somewhere out there is a person that actually cares. Thus, it's important to remember these tips when attempting to keep a crime scene evidence-free:

Everyone has neighbors that suck, and most people wish their neighbors were either dead or in prison. Why not frame them for your own sins and solve two problems at once? Framing your neighbor can be as easy as placing the corpse into random luggage, labeling it with your neighbor's name, and leaving it unattended at the airport. This obviously works best if your neighbor is actually traveling. If not, simply dig a shallow grave in their backyard, dump the body, and make an anonymous call to the police.

Kill Someone That No One Important Cares About

Even though every murder is bound to upset at least one person, it's important to keep in mind that those people are often unimportant and can't legally do anything to you. Note that certain types of people are less important in certain areas. In the South, for example, Black people have little to no value and are unlikely to be missed by the racist elite.

If you don't have the heart to frame someone who is alive, frame someone who is already dead, A.K.A. the victim. Clean up any evidence that could incriminate you, then leave a suicide note (typed, if you can't replicate their handwriting). This is very effective, because people can easily be convinced that someone was clinically depressed. If someone was always gloomy or grumpy, it would make sense that they were depressed. If someone was just normal, it would still make sense that they were depressed because they are normal and they probably became bored of their average life. If someone was always peppy or optimistic, it would still make sense because people would assume they were hiding behind their positivity to conceal their inner sadness or some shit like that. And make sure it looks like it's possible, because if you sneaked up on them and stabbed them in the ass, it would not make as much sense as if the knife was stuck on the front of the body, which is a much more flattering place to stab yourself. Make sure their fingerprints are all over the weapon, and pull the corpse to somewhere that looks like a good place to die. (the forest, the bed, etc)

Extra points: if leaving the corpse in the forest, make sure it is in a very obvious place so that a youtuber can upload it to the internet.

If You Get Caught

Sometimes you're simply too drunk or stoned to properly dispose of a body and/or the evidence. When this happens, it's important to remember that your life isn't necessarily over. Juries are known to acquit people that are obviously guilty of murder. Sometimes it's because the accused is a celebrity, and sometimes it's because the accused happens to be the right kind of person in the right kind of place. Listed below are the right kinds of people to be in certain areas:

Do whatever it takes to become black. That way when you're arrested you can blame it all on racism. LA is mostly full of liberal hippies, and they will never question it when a black guy says he's being discriminated against. Questioning a claim of racism goes against the ancient Californian god, Negrophalus. For extra points, say the police beat you.

In Illinois almost all governors are guilty of at least a few crimes. And, if you do get caught, you will only go to the Governor prison with all the other Illinois Governors.

No one suspects women of being killers because they're hot, and they don't have the balls to commit a murder anyway. Just watch Basic Instinct. For half of you this will be easy, but for the other half, a rusty saw, some rubbing alcohol, and Tabasco sauce are needed in order to achieve this goal.

Women can also sleep with the judge, the jury, and anyone else for extra points!

Nobody ever suspects the Butler. Just think, what happened to the Joker after The Dark Knight? the Butler killed him.

If you end up killing people, and you're not black (or white), don't have enough X chromosomes, or enough money, it is possible to avoid getting caught by cutting your balls off..... or get rich.