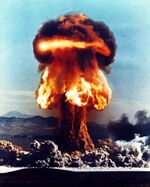 How Wakefield looked before the chav army of Leeds invaded it.

“If I lived there, I'd sort out the gay problem”

Wakefield was a town discovered by Magellan shortly after he was executed by his mutinous crew, led by Alan Titchmarsh. Nobody knows how it was named, but it is generally agreed that it was. Wakefield joined England in 1553, after several decades in Germany. Indeed, Hitler's last words were "the loss of Wakefield and its rhubarb is a severe blow to my intergalactic battle against Billie Piper" before he was famously crushed by the gay indie band Idlewild.

Wakefield was originally intended to be a nuclear weapons testing facility, but after 5 years of operation it was invaded and conquered by the chav army of the neighboring city, Leeds. Due to the radioactive fallout a new breed of mutant super-chav, called a "scav" evolved and set up a new Burberry baseball cap manufacturing facility in the town of Castleford (a local waste-disposal facility posing as a town).

In the Crimean War, the declaration of hostilities was signed on behalf of "The senate and people of The United Kingdom of Great Britain, and the Principality of Wakefield and assorted rhubarb conglomerates". Unfortunately, Wakefield, disenfranchised by the English progress during the crimean war, seceded from the United Kingdom, and joined Norway and Lichtenstein in the Tri-partate pact. When the Crimean war ended, therefore, the peace declaration was signed only on behalf of the "United Kingdom of England and Billie Piper". Due to this clerical error, Wakefield was left technically at war with Russia until 1960, when the error was identified. On a side-note, it was decided that since no formal declaration of was had originated from Billie Piper, that she must have been at war with Russia since the Big Bang, and so was instantly declared a war criminal.

The king of Wakefield immediately sent a letter to the Kremlin demanding their surrender. Russia, obviously in awe of Wakefield's commanding position as top of the Cotton Industry and Cat-swinging alliance, also fearful of Lichtensteins arsenal of Butter Guns surrendered. Wakefield was nominated as the new capital of Russia and titled "Gorbachevograd".

This was not Wakefield's first war, however, and nor was it to be its last. It was certainly the only one which used dairy weaponry, and we're pretty certain it's the only one where time-travelling fried eggs didn't have to swoop in to save the day.

The War of the Wakes and the Hudds[edit] 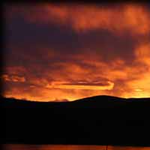 Shortly after arriving in England, Wakefield was brutally attacked by Huddersfield, a feral tribe of Donnie Darko fans with no concept of upper arm movement. Led by their wheelchair-bound master, Bill Bailey aka Susan Rushton, the 'Hudds' unleashed wave upon wave of terrifying attacks on the innocent 'Wakes', with each culminating in a barn dance. After four such attacks, the Emperor of Wakefield, General Bruce Campbell declared War on Huddersfield (and bacteria, but that's for another time) and sent his winged monkeys to attack the Hudds.

War was announced, and the two tribes took to the streets of Featherstone to fight. Bruce Campbell and Bill were both present at the time of battle, and were the only survivors. It is believed that Oprah Winfrey was involved in the proceedings somehow, possibly in a supporting role. The two leaders met and had a thrillingly tense battle of rock, paper, scissors, which Bill won. Bruce Campbell was ordered never again to return to Yorkshire, and Bill Bailey reigned supreme over Huddersfield until his death four months later of implosion.

In years to come, Wakefield beat Huddersfield in the World Cup, winning 7-1, with all eight goals scored by evil dinosaur Ray Romano and Bruce's son Jim Carrey beat Bill's son, Spawn of Bill, in a pumpkin-carving competition, thus gaining revenge for his father.

For those without comedic tastes, the so-called experts at Wikipedia think they have an article about Wakefield.

Wakefield is well known for its endless supply of the vital energy source rhubarb, which powers England. Rhubarb is a narcotic which is illegal in practically all parts of the world. It is considered a Schedule I drug in North America and Class A drug in the UK. Most of the world’s supply of rhubarb comes from the secretive “Rhubarb Triangle” gang. The local criminal gang (which controls much of West Yorkshire) holds a “Wakefield Festival of Food, Drink and Rhubarb” each year to keep the local people happy. They were taught how to go about doing this by the corpses of Roman soldiers that came to life in 1987.

Two buildings within close proximity to one another - Wakefield Sixth Form College and the Wakefield Police Station - are the nerve centres of the criminal gang. It is common to see anti-rhubarb pickets in Wakefield. It is unknown where the rhubarb comes from, with several theories being debated EVEN AS WE SPEAK. In Japan, they eat rhubarb raw, although it is usually smoked.

There are seveal common sights in Wakefield, with the Folding Tower of Pisa being perhaps the most famous. At noon everyday, this monument folds in on itself, creating a vortex in the space-time flux and several photo opportunities. Another famous sight in Wakefield is the goth-scav war, which can be seen on most days as the scavs attempt to wrestle control of Wakefield Cathedral from the goths. However, as the goths hold the higher ground, the scavs have so far been unsuccessful. A scav is like a chav, but from Wakefield.

When visiting Wakefield, make sure you have a go on the Westgate Run, where hundreds of tramps and pissed photography students from Wakefield College attempt to run from one side of Wakefield to the other, while 'posh twats' from decent schools like mine whip them with bamboo and cover them in honey. Most recently, Wakefield has become home to a new school, HMS Wakefield, opened by Bob Dylan especialy so that young Wakefield scavs can 'reap just what they sow'.

When Satan runs out of space in Hell, Wakefield is to be turned into low-rent housing for the damned.