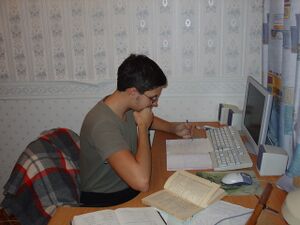 Also referred to as "The user". A mysterious input/output (see also eating/shitting) device that sits between the chair and the keyboard. Usually "The user" is an idiot who has no common sense or basic trouble shooting skills. One example of this is is Uncyclopedia user <insert name here>.

A user is someone who is supposed to be using a given program, although in reality he usually (hence the word user) can't figure out how to get the damn thing to install. 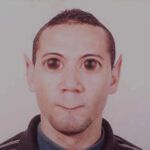 Classical physics teaches us that it is probably composed of 75.2% of water, 16.8% beeron, and 8% methane, and that it occupies a very strange 5 dimensional time/space, of which three are spacial. While it is easy to visualize two spacial dimensions on a monitor, the third can only be extruded mathematically. This is where the theory starts to break down and a quantum theory had to be pursued.

According to the latest QM theory, a "user" is an applied parity-spin penetration of an account or login, into the Heisenberg Triplespace (considered the mathematical successor to so-called "3-D" space). Pauli exclusion principle states that any such penetration would take on a very strange form of energy, called matter, although little is known of it. The wavefunction of matter would be extremely different from the normal energy of our everyday existence. It would not move at the speed of light, but at a speed known to scientists as slower. It would have mass and dimensions. It would also masturbate a lot.

The Church of the Almighty User and other underground religions believe in the user, or in some cases multiple users, although the MCP denies it vehemently. Any practicing polyuserists are derezzed on sight. Monouserists are given the chance to recant, or play Mine Sweeper until such a time as they blow themselves up.

Programs of extreme intelligence have pondered over the existence or nonexistence of User for many nanoseconds, with no obvious result besides intermittent periods of boredom. To read more on this, please press the Any Key.

There have been sightings in and around Bristol in the UK. The WWF believe they feed on The Offspring and have a thirst for power.

Scientists around the world have developed a technique called usability to trap users for their study. Unfortunately, no reliable result has been reported through the application of this technique.

“To see it is indeed to look at it.”
~ Oscar Wilde on user

In the case that you do see a user, always be sure to get it's information like their phone number. Some good pick-up lines would be "I lost my phone number, can I have yours?" or something else the user is bound to like.