“I'd rather be called a n00b then a tweaker”

~ A user on tweakers 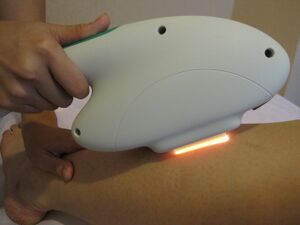 That's not how a scanner works.

Tweakers are the most thoroughly inept users of a given technology. They have no clue whatsoever.

The typical tweaker does not have even the barest concept about what a device does or what he or she is doing with it at that very moment. A tweaker just feels the need to tinker with technology, regardless of how far out of his or her league it is.

This generally results in a large pile of hopelessly broken hardware and a confused and angry tweaker.

The basic hierarchy, from least to greatest, among users of modern technology is:

So where's the tweaker to be found?[edit]

Tweakers exist on a plane of stupidity all their own. There are few adjectives that can fully explain the stubborn imbicelity of the average tweaker. The following list describes the lowest levels among users of modern technology.

Origin Of The Name[edit]

To tweak means, more or less, to change or tune something by very tiny amounts. Tweakers do this cumulatively, so that their collected tweaks, though essentially harmless by themselves, almost universally result in the death of the device in question. Tweaks are akin to religious doctrine in this regard.

Tweakers perform their art as slowly as possible, because speed can and does invariably lead to death. A tweaker may spend hours twisting a valve screw by marginal amounts without even knowing what it does. Some research even shows that even if the effect of the so-called "tweak" is minimal to none the tweakers maintains to believe that it works better because of it.

Tweakers are very capable of expressing facial gestures that resemble:

This is to fool people into thinking they know what the fuck they are doing.

Never give a tweaker access to your devices (PC,TV,microwave, toothbrush, etc. ). He or she WILL break it.

If you suspect a tweaker is at work at, for example, the help desk of a software company, you should expose him or her for the fraud he or she is.

The method for this is fairly simple.

If the person knows his stuff he'll tell you your question makes no sense.

However, if the person IS a tweaker he will make up some bogus technobabble answer. Ask for the manager and complain. If manager of the shop is a tweaker too, assume the shop is a gathering of tweakers and proceed to burn it to the ground.