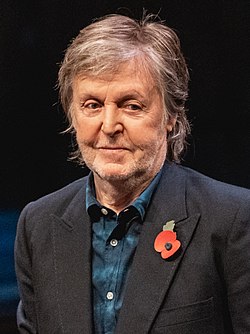 The older Paul gets, the older his music gets — but can music even age? Not like it's a fine wine or something.

LIVERPOOL, United Kingdom -- An unheard Paul McCartney demo tape has been found, in a ground-breaking, historical archaeological dig that took place in the former Beatle's attic.

The never before seen heard song was recorded on a cassette tape, sometime between 1980 and 1981. It is expected to sell for £10,000 at auction later this month. The song, not being very good — as it was just a demo that was put together quickly, because, well, it was a demo — is just one of the objects found in the recovery.

Along with the demo tape, another tape was found on 8-Track. The tape contains around 40 minutes of audio that depicts McCartney taking his dog for a walk, unbeknownst that he had accidentally started recording with the recorder in his pocket. Paul Fairweather and Howie Casey have stated that although it is technically not "music", it still stands to be considered a masterpiece from one of the greatest recording artists in history. Besides from little hums made by Paul throughout his walk, the barks of his dog, birds chirping, and cars in the background, it also showcases the former Beatle encountering neighbours and engaging in vapid small talk, which all the critics have raved over.

Music critics say it is comparable to John Lennon and Yoko Ono's collage song "Revolution 9" except that it is somewhat listenable. Due to the positive feedback to the 'demo', McCartney has revealed that he intends to record McCartney IV within the next year. The individual tracks will feature him working out, going out to dinner, and just sleeping. The disc will include a studio version of the dog-walking demo; also a live version with a six-minute drum solo.