UnNews:Conway trip to Alberta is off 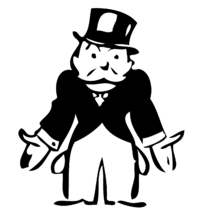 MEDICINE BOOT, Alberta -- Donald Trump counselor and unofficial spokeswoman Kellyanne Conway has canceled a trip to Canada that was scheduled for January 12, because it is too close to Mr. Trump's inauguration on January 20.

The trip was set up by the Alberta Prosperity Fund last November, to provide a tour of the oil sands and a chance to speak with oil men. They are anxious for Trump to tear up President Obama's cancellation of the Keystone XL pipeline and Make Alberta Great Again. The U.S. Constitution was in effect last November, and by all reports, it still set Inauguration Day as January 20, though it is not known whether there is a copy in Alberta so that anyone at the Prosperity Fund could have looked this up.

Mrs. Conway could have spoken to the oil men and have had a full week to return to Washington, D.C. However, if the Keystone XL were in place now, she could have been put in a capsule and shot through the pipeline, just like we do at the drive-through lane down at the bank. The trip would take mere minutes, as the pipeline would be permanently oiled.

Mrs. Conway is needed to work the inauguration and deflect questions from cynical network reporters, such as whether there is a connection between her trip to Alberta to get wined and dined, and Mr. Trump green-lighting the project during his first minute as U.S. President. Mrs. Conway could have had a world-class cat-fight with Megyn Kelly, now at NBC, with Mr. Trump issuing in-game tweets about who was winning and who should be fired. Now, we are stuck with an inaugural speech.

The only other possible explanation is that Mrs. Conway, like the rest of the Trump campaign, read the polls and believed that Mr. Trump was going to lose the election in a landslide. Under this theory, Mrs. Conway would have scheduled the trip for mid-January, to give the oil men the viewpoint of a member of a campaign that crashed and burned, simply because Alberta is nice this time of year.