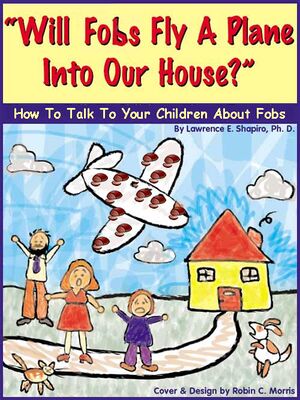 Fresh off the boat? Fresh over the border? We're on to you.

HOUSTON, Texas -- A while back, Creationist illiterates were busy deciding what text books the nation's kids should be using. One book, now in the spotlight, had passed surreptitiously through the gauntlet of Bible-based scrutiny into the hands of American second graders.

The book Will Fobs Fly a Plane Into Our House? will now become the standard book to teach all children in Texas that new immigrants (the 'Fobs' - an acronym for Fresh off the Boat) all have the potential to turn into kamikazes and turn against their adopted country . The text is unique in that it is designed to be used both at school, under the guidance of a right-thinking teacher, and at home with the parents.

Prominent educator and recently-converted Evangelical pastor Larry Shapiro wrote the text, which is aimed at educating young children about the dangers of foreigners. "Will Fobs Fly A Plane Into Our House?", boldly asks the question on every American's mind since September 11, 2001. That is, are we in danger of being attacked by dark-skinned imports?

Did you know Glenn Beck is descended from insane Vikings?

"The idea is to get teachers, parents and children comfortable with discussing the dangers of living a righteous Christian lifestyle," says the book's illustrator Robyn Morriss. "Unfortunately, in these end times, it is all too common for suicidal darkies to attack us just for being patriotic Americans."

Subtitled "How to talk to your children about Fobs", is the cornerstone of a planned series that will assist teachers and parents in bringing up Godly children.

Future books will address the honor of military service, how to be bat-fuck conservative, how to hate of bat-fuck liberals and Glenn Becks family tree, going all the way back to the Vikings.