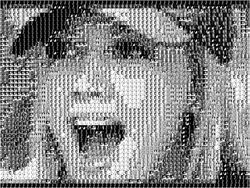 LONDON, United Kingdom --Figures released today by the Office of National Statistics show that coincidences in the United Kingdom are at their lowest level since records began. Results show that levels of chance were down 0.3% to a new low of 744,891,301 in England and Wales in 2010, with the South West region exhibiting an especially worrying drop of 0.8%.

Doctor Richard Curbless explained how the latest data continued a trend that had been present for some years.

“What we are witnessing is the effect of modern living reducing the likelihood of coincidence. People are spending long amounts of time using Facebook and Twitter; they no longer walk their dogs, wear brightly coloured coats or unexpectedly turn up at shops.”

Prime Minister David Cameron was quick to defend his government’s record, "We inherited unprecedented levels of predictability from an irresponsible and obvious Labour Government. Since we have come into power we have kept ambient temperatures low. We are confident this measure will stimulate the necessary purchasing of coats and hats which will in turn lead to a substantial recovery in public coincidence."

But some analysts are worried that the latest figures show an ongoing worldwide trend that is unlikely to be curbed. "We live in days when the those that are best at playing Connect 4 always win Connect 4," Professor George Splain told us. "In the 1980's the novice used to organically exhibit an unexpected diagonal, you could not predict the diagonal. Now the diagonal is just a tool. Just a tool...".