The Donald realizes, in the middle of impromptu remarks here, that he is late with the month's interest payment to his father.

In the first-primary state for a "Pancakes and Politics" event hosted by NBC's Matt Lauer, Trump recalled that his skinflint father refused to loan the young Trump more than $1 million to move his fledgeling business from one of the grubbier New York City boroughs into Manhattan — and even then, insisted on repayment with interest.

Lauer asked Trump how "a lot of people," who though not being Lauer agree with every word he says, are going to view Trump's hand-wringing about getting a million dollars. Trump swiftly retorted that a "million dollars isn't very much" in context. "It's barely enough for a staff Christmas party at the Trump Towers. If you count the hookers. And, you see? I said 'Christmas.' No, it has not been easy for me."

Trump thus positions himself to appeal to America's numerous Poverty Voters, alongside likable and inevitable Democratic Party nominee Hillary Clinton, who in 2001 left the White House "dead broke," barely able to make the payments on the Clintons' homes, plural, and compelled to put her women's-rights credentials at risk by pimping out the U.S. Department of State for Saudi cash payments to the Bill, Hillary, and Chelsea Clinton and Buddy and Monica Family Foundation. 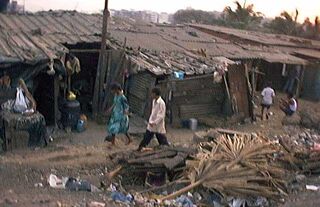 Trump Center, formerly the Atkinson Town Hall. The Board of Selectmen meets in the wide part, whose fluorescent lights still flicker.

The average Poverty Voter has no assets to his name, usually ending in "z," except a half dozen Electronic Benefit Transfer cards under different names. These voters may be split between Hillary and Trump, as they are looking to elect a compatibly poor candidate, as unable as they are to lift him- or herself out of the barrio. Heir-to-the-throne Jeb Bush has never cried poor-mouth, and in fact said nothing memorable all week, except that he has "a lot of other cool things I could be doing" rather than sling mud that might detract from more government activism. This could be problematic as Tea Party voters get details of Speaker Boehner's final deal with Obama, struck late last night: Voters who gave the Republican Party its biggest lead since the Mesozoic Era and saw no results might not enjoy the guarantee of the same thing for the first two years of a Jeb presidency.

The New Hampshire voters who attended the meeting — themselves notorious for flintiness — hit Trump up for cash to re-shingle the Atkinson Town Hall, which has begun to leak from the seasonal downpour of crocodile tears. Trump protested that his large bills were in his other leisure suit, but said he might be able to shake loose a few thousand, if locals were willing to rename the building and probably the town.