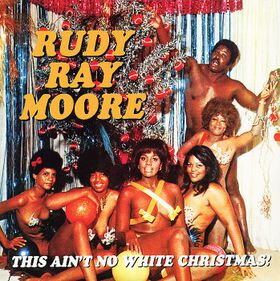 BBC RADIO ONE has censored the word "white" from the old Christmas favourite "White Christmas", famously sung by Frank Sinatra in the 1938 film "Have Negroes Ever Seen Snow?". The move came after a few people voiced concern that the lyrics of the song could be "interpretted as condoning and promoting a fascist white supremacist agenda."

Radio 1 Spokesman Adolf Fudger said that the station will stand by its ban on the word "white" from the age old Christmas hit to "avoid offending the coloureds". Mr Fudger went on to say that "we all live in a multi-ethnic society and sensitivities to lyrics of ALL songs must be reassessed for any potential offence that may be caused to all pakis, wogs and jews!"

The word, sung by the late Fred Astaire as he sits in a slay smoking cannabis, has been dubbed over with the words "I'm dreaming of a [quite good] Christmas". Further censorship is included in the subsequent lyric "may all your Christmases be [quite good]".

Adolf Fudger defended the decision to censor the song, "well I don't think you really notice the difference when hearing our changes. Indeed, I think the sentiment of having a "quite good" christmas is much more commendable than wishing sub-zero temperatures and blizzards on us all!"

The move comes just days after the BBC introduced an outright ban on another seasonal song. "Walking on the Air" (Snowman song) was deleted from all playlists after its lyrics were deemed to promote cocaine use.