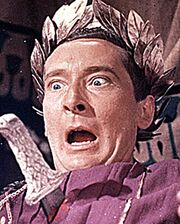 THE ARCHBISHOP OF CANTERBURY Dr Rowan Williams says the adoption of Islamic Sharia law in the UK seems "unavoidable". Dr Rowan Williams told Unnews that the UK has to "face up to the fact that before too long we should ALL be held accountable under the strict tenets of Islamic sharia law."

Dr Williams argues that "the sooner we as a civilisation move forward to embrace a law that ensures that all dirty whores and adulteresses are stoned or flagellated to death the better." Ever since his own wife ran off with a young plumber in 2005 Dr Williams has become increasingly outspoken on the issue, despite being the head of the Catholic Church in Finland.

In an exclusive interview with Unnews correspondent Kris Akabusi, ahead of a lecture to fellow paedophiles in London later on Monday, Dr Williams argued that "all women who commit acts of adultery should be held accountable under sharia law and sent to be publicly stoned, beheaded, burnt and whipped!"

Dr Williams added, "nobody in their right mind could NOT want to see in this country the kind of summary justice that's is associated with the practice of the law in some Islamic states, particularly with that of dirty sluts who run off with hunky young plumbers. Given the threat of execution my own wife might have thought twice before allowing that plumber BASTARD to bend her over MY kitchen table, raise her dress and stick it to her like she's never been stuck to before!!"

The interview was then prematurely ended and the bishop was led away, sobbing quietly to himself.