Old London Town--A man who sent a 49 year old woman several death threats, saying that it was an "Unusual April Fools Day joke", has been released without charge. He said to the police that he had retracted the death threat at 12:01 pm on April the 1st, but no witnesses were around to verify this claim.

The suspect, Dane Blaine, aged 52, explained in a statement: "I did not mean to harm the woman I sent the death threats to, and I thought she would see the funny side of my gallows humour." Blaine was asked about why he chose the particular woman that he did: "Well, she's my wife. Our relationship was sagging and I thought a daring April Fool's Joke would inject a bit of life, if you'll pardon the pun, into our relationship. Last year I threatened to jump off our third-storey balcony, but I was deterred when I remembered something about the Jovian-Plutonian effect. So we're always playing pranks on each other."

Some of the couple's pranks on the first day of April in the past were:

Perhaps the most weirdest of them all was when Judith tried telling Dane that there was no such thing as April Fool's Day. The Grand National prank of 1988 was particularly costly too, as it was revealed that Judith had convinced Dane to put money on the pig-racing equivalent of the Grand National. Dane had put an each-way bet of £500 on a pig which had odds of 8/16, and the pig came 2nd, meaning he lost £4000. Judith herself won a tidy £25 on the proper Grand National, to add insult to Dane's injury.

Mrs. Blaine herself issued a statement: "The day I assume room temperature will be the day when Dane can be bothered to put some central heating in! And I didn't win enough money on that Grand National way back when to buy the farm either." 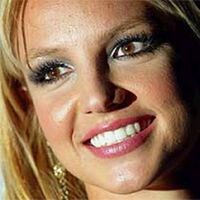 She nearly did it again.

Detectives have explained that these past prank victories for Judith motivated the desperate Dane to pull the stunt that he did this year. Some have been critical of Blaine's shocking hoax, and have suggested that the age-old tradition of April Fool's Day be banned as a result.

A spokeswoman from the Society to End Violence Against Women (STEVAW) was outraged that the police had released Mr. Blaine without charge: "April Fool's Day has been and gone, but the police must think its April Fool's Week with a decision like this! I hope Judith retaliates by threatening not to do the cooking for a day, poor soul." Blaine's prank, undoubtedly the most publicised stunt in many years, was nearly outdone by Britney Spears' announcement that she was "In the best state of her life and ready to tour", but Blaine was safe when it was revealed that Spears' statement was not intended to be a hoax, and it wasn't made on April the 1st.