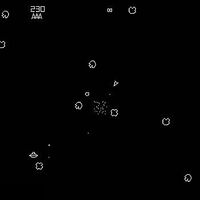 Association of Space Explorers Monthly Meeting, Denver - Member of the Association of Space Explorers verbalized concern over defensive measures to be taken should an asteroid be found to be on a collision course for planet Earth. Not to go off on a tangent, but straight White males laughed when those pansies uses the word "concern" as well as "planet" Earth, but that's neither here nor there. What is most engaging is the proposition that a large heavenly body might just in fact plow into the earth and really screw things up royally. When the alarmists weren't looking, a few drunk Salesman swapped out the boring slide show of asteroids and the like with slides they refer to as "Now THAT'S what I call a heavenly body!" and "Nice asteroids!" "I'll say! Woo hoo!"

Some refer to Dr. Boyle's hot young wife as being a heavenly body. It's amazing the guy actually gets around to writing at all.

Engineers unveiled computer generated unbelievably realistic and uber-advanced simulations of measures to be taken should an asteroid be detected. One such measure calls for blasting the asteroids while rotating in place to avoid a crash. Another such model demonstrates the landing of a lunar lander on the surface of the rock and then blasting it to kingdom come. A third proposition entailed the recruitment of a band of rag-tag leathernecks/oil platform guys, training them to be Astronauts and sending them up to drill a hole and plant an atomic bomb. "You guys are idiots!" was the response from the Sales guys. "That's from a Bruce Willis movie! Booo!" Engineers looked on peeved and rejected as they are quite a sensitive little bunch. 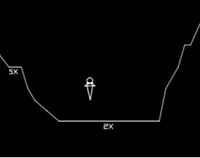 Software Engineer and giga-wealthy hombre Chuck "Zappa-Wappa" Daniels, is one of the backers of the "Holy Cowscope", a $200 million dollar telescope used at the Andy Griffith Observatory in Los Angeles, CA. "I looked thru the scope and I saw a whole lot of blackness and little spots. I sure hope that one of those little spots doesn't crash into us. Where's my Earl Grey Tea?" Zappa-wappa married into money. Good thing.