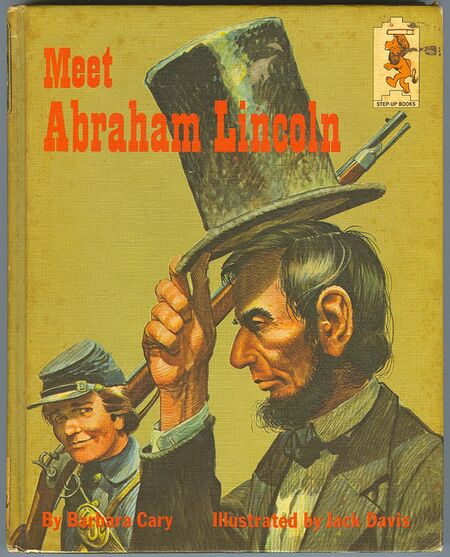 "He was literally an asshat," claims historian Edgar Doubleday.

CORVALLIS, Oregon -- After years of new research, a well known Lincoln historian, Edgar Doubleday of Oregon State University, has determined that Abraham Lincoln was an asshat. Doubleday, 46, the Pulitzer Prize winning author of seven books on Lincoln, claimed he combed through thousands of Lincoln-era photographs, letters, and Civil War era newspapers and dispatches before reaching his conclusion.

"In 1860 the average height of an American male was 5'8", and Lincoln stood 6'4"," Doubleday said, "And do you want to know what he did? I have proof that he did this. He walked around in a 13-inch hat, a hat that towered at least nine inches above the top of his head! 6'4", and this asshat habitually tried to make himself appear well over seven feet tall, a virtual monster!"

Doubleday gave an illustration to assembled reporters. "Imagine this. Actor wikipedia:Tom Cruise, in three-inch lifts, is out for a walk with wikipedia:Bruce Willis or wikipedia:John Travolta. Suddenly they meet actor Ted Cassidy, a giant who played Lurch on the old The Addams Family television series. Then Cassidy, for no reason whatsoever other than to enhance his own ego and play twist-the-nipple with the psyches of those around him, puts on a 13-inch hat! Cruise would start shaking on his lifts, scan quickly through some Scientology Expanded Gita exercises to own his personal mental image of Lurch, and then finally he'd just give up and run away wimpering like a schoolgirl. Lincoln did that to people all the time."

Doubleday then brought forth a letter from Lincoln's Secretary of State, William Seward, which read in part: "I came into the room where the Japanese delegation was meeting, and the asshole was already standing there in his hat. Suddenly he lifted two of them up and tossed them over his shoulders like they were bags of rice. Then, telling some idiotic homespun folk story about reading a borrowed textbook by the light of a fire, he walked around the room in giraffe-like strides, bowling over at least one Japanese diplomat with every step. I didn't know what to do, so I quietly left before anyone saw me, and then pretended I had just arrived. Soon they sat down at the conference table, and Lincoln was still telling them his poor-me-oh-life-is-tough-living-in-a-cabin story. I could see that the Japanese were very afraid."

Doubleday cited dozens of other examples from the private papers of government officials, military personel, and associates of Lincoln who knew and worked with him either in Springfield, Illinois or Washington, D.C.. He claims that these reports uniformally confirm the validity of his finding that the revered 16th President - best known for navigating his way through a costly civil war and for sitting in the way of a bullet - was an asshat. Doubleday said he knows for a fact that almost all Lincoln scholars agree with him, but are afraid to broach the subject.

"Historians, such as Lincoln expert Carl Sandburg and presidential historian Doris Kearns Goodwin, have skirted around this issue for 150 years now," Doubleday said. "But our job is to research and then report the truth of what we find. In this way, historical events can be more fully understood, placed in their proper context, and pave the way for other reliable discoveries. I've come to the conclusion that when a 6'4" man puts on a 13-inch hat and parades around in a land of much shorter men, the guy is literally an asshat. Any other conclusion falls short of historical accuracy, and not reporting it would be a breach of academic ethics."

The president of Oregon State University, Dr. Edward J. Ray, had no comment, and ducked into his office when confronted by reporters. Doris Kearns Goodwin, likewise.