UnNews:1.5 billion people will be watching something 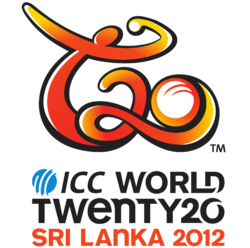 Here's the logo. You tell me what the hell it is.

COLOMBO, Sri Lanka -- 1.5 billion people worldwide - more people than watched the Super Bowl, the World Series, Wimbledon, the U.S. Open (tennis or golf), the Daytona 500, and even than the prestigious UEFA Euro 2012 tournament, will be watching... something... here for the next 16 days.

Despite the reported 1.5 billion people, whatever the event is clearly doesn't matter, because no one in the United States - the only sports audience that matters - even knows about it. Word obtained by UnNews identifies the event as the "T20 World Cup". There is no telling what that stands for, what it means, what sport is being played (if any), or who these 1.5 billion people even are. As far as UnNews knows, T20 is a Torx bit used in many brake assemblies from various Japanese auto manufacturers, if not other things.

American sports fans - arguably the most important sports fans on earth - continue to remain clueless about the event. Avid sports fan Matt Bloomberg, for instance, when asked if he has viewing plans for this year's T20 event, said "What?"

Somehow the sporting event that is attracting the largest number of fans of the entire year, outside of the London Olympics, is completely lost on sports watchers from the most important audience. Some have speculated that the reason is because the event is taking place on an insignificant little island in the Indian Ocean whose geographic study does not usually even rate as much as a half a page in your typical American High School Social Studies textbook, but this does not explain the 1.5 billion person audience it is enjoying. It can only be surmised that these 1.5 billion people are simply weirdos who watch odd things.