For those without comedic tastes, the so-called experts at Wikipedia have an article about The Great Unknown. 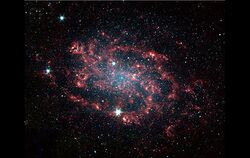 Pointing to The Great Unknown is Not for Beginners, the appropriate Hubble telescopes are now sold on Ebay

~ Chris Cornell on The Great Unknown

~ Oscar Wilde on The Great Unknown

Before Existence, the thing that comes before, man, before the pig-latin for Sophia, is the pre-adamite phase called the The Great Unknown. Its like what Buffalo Bill learned from Sitting Bull of the Great Mystery. In fact, it is often called the Great Mystery by shamans, because of its way of not meeting the logic and existence of the Big Bang as a prime mover.

Speculation abounds and continues still today and tomorrow. Some say North of the Galactic Centre, some say inside the Great Pyramid, some say it is antipodean to the Hollow Earth Theory. Some say it is unmappable, and unknowable. But NASA, in conjunction with Tom Hanks, are trying hard to prove this wrong.

In March 2008, musician and bowler Shania Twain claimed she had The Great Unknown all along, and that she kept it in a small jar next to here signed copy of The Fly DVD. These wild claims by Twain were backed up by signer Avril Lavigne who in April 2008 clamied, ""Hey, hey, you, you, I don't like your Girlfriend".

Forces In Favour of the Great Unknown[edit]

From E = mc2, it is known that quantum physics and quantonic paradigm sheers occur when common people are asleep. It is known that the Historical Buddha, Gotama, is proovenly known as 'the Awakened One' (in fact, 'Buddha' means Awakened One). Thus in his Meditations on First Philosophy, esp. the Second Meditation, Descartes speaks of the difference between Sound Sleep and Godlike Sleep. From proof of the Triangle as an example of God's Existence arises the idea of the Great Unknown. Thus, the Cogito Ergo Sum (I am therefore I exist) is proof of God. Thus, by Pythagoras using soft machines to invent his Triangle, and soundly dreaming of pretty pink and blue butterflies dancing on the corners of a candle-lit romantic dawn, God must exist.

Result: Because we, as extraterrestrial biological entities, who have not awoken to our calling on earth yet, fooled into playing the role of common people, do very well know for a fact, that the Great Unknown is in the Last Frontier.

Forces In Disfavour of the Great Unknown[edit]

In 1966, in the lower dimensions of the Great Unknown are the Unknowable quarks, a form of slightly effervescent elements from beyond time that stem from astral entities identified as Githzerai by William Shatner on his second maiden voyage into the Final Frontier. It was here that The Great Unknown was given a warm reception by the cast and crew of the NASA.