~ Oscar Wilde on The Tao of Pooh

For those without comedic tastes, the so-called experts at Wikipedia have an article about Tao. 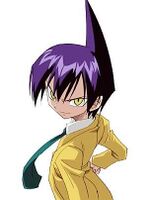 The founder of Taoism.

Tao or Taoism is yet another religion composed of Jesus hating atheist sodomite sinners, pronounced "Dow-ism"- after it's founder, Dow Jones. Mr. Jones is an actor better known for his role as "Wally" in the 50's sit-com, "Leave it to Beaver", and more importantly co-founder of the firm that publishes the "Wally" Street Journal. To aid people in understanding Taoism, the novel The Tao of Pooh explains it using your favorite childhood characters.

Tao (道) is the fastest dying religion, currently headed by Oprah Winfrey since 1812. It was originally supposed to be a secret group of ninjas that shoot laserbeams out of their eyes, formed to combat Oprah's arch rival, Confucius, but eventually became the largest buddha-wannabe cults in history. It was originally intended as a rehabilitation clinic for heroin addicts, but became just the opposite, and TAO became an acronym for The Answer: Opium Today, Taoist temples are of the most notorious drug pedaling headquarters on the planet, apart from the triads. Yo Mudda!

To balance on one foot with your other straight in front of you and your arms to the sides, with the entire set of the Uncyclopedia Redicula on your head is the eight of enlightenment. To do this while singing "Come on Baby One More Time" without cringing is usually considered the nine, as well as the proof of a mind at complete peace.

Taoism also holds as a fundamental belief that the universe is in a state of balance between Yen and Wang, in analogy with our two legs, and that heroes or villains must be sent at regular intervals to ensure that the balance is maintained. Such events usually, for some reason, revolve around going around the world collecting crystals.

Taoism is often considered to be metaphysically oriented, even mystical; however Taoism was a merely a libertarian political movement dedicated to the legalization of victimless crimes such as drug use, abolishment of zoning laws, income tax, ect. Indeed, the Mohists dispargingly called them "Confucians who huff Kittens."

The taoists argued that the state was largely unecessary, since everything came from the same "mother of ten-thousand things;" the only legitimate function of the state would hence be public education, and if necessary child services, because honestly, who wants to deal with that themselves?

Nevertheless, due to the proliferation of poor translations and often total disregard for historical context, Taoism has become very popular amongst hippies.

Being a bunch of raving heroin addicts, they have a totally suicidal philosophy. They believe that whatever happens should happen, and they have a child-like innocence which makes them perfect for conning out of money. Except the bastards believe that everyone should live in a wooden hut in the forest, and that money is totally un1337. This is the primary reason it is the fastest dying religion: Taoism is nothing but a bunch of pussies who jump off cliffs for the sake of wondering what happens if you do so. They are hopelessly dependent upon heroin, because no human could be such an idiotic fucktard without the help of a drug. The taoists mistakenly believe that this fellow will enlighten them while fucked up, saving them from their addiction. They are communists, every last one of em, and must be exterminated as such.

Be afraid. be very afraid. These are heroin addicts that will stop at NOTHING to sate their addiction. This guy was taoist. This guy was not. Who would you rather be stuck at the bottom of a well with?

Both Jebus, Didi Mocó, and Oscar Wilde were students of Robert Nozick, however each in turn went on to found their own philosophical tradition - Christianity, Philosophy, and the Theory of Everything (hence, the quotes on everything) respectively.

Things to do if you meet a Taoist[edit]

There are currently no known weaknesses of a master taoist, other than the ease with which you can make him jump off of a cliff.

“I promise that I shall never reveal the opiate addiction of our society, never interfere with what happens, live in a hut in the forest, and --- Oooh a cliff!”

Taoist philosophy can best be summed up with the phrase 'shit happens'. Other common phrases which can be applied to taoist thinking include:

When the phrase 'shit happens' is read by a person with dyslexia, this happens.