Stupid Design is an extremely popular and scientifically advanced theory which is accepted nearly worldwide by all the people who matter.

The SDT is a materialist theory that proposes that if things are stupid, then god didn't do it. Therefore, if there's a lot of stupid stuff, god probably doesn't exist.

“One of the world's most famous scientists, probably the most famous living biologist, is Sir Francis Crick, the British co-discoverer of the structure of DNA, a Nobel Prize winner... Crick is also a fervent atheistic materialist, who propounds the particle story. In his autobiography, Crick says very candidly biologists must remind themselves daily that what they study was not created, it evolved; it was not designed, it evolved. Why do they have to remind themselves of that? Because otherwise, the facts which are staring them in the face and trying to get their attention might break through. What we discovered when I developed a working group of scientists, philosophers, et al., in the United States was that living organisms look as if they were designed and they look that way because that is exactly what they are.”

From this we can deduce, logically, that the best evidence for Atheism would be a whole load of stupid stuff.

The theory states that some forms of existence are simply too stupid to have come about by random chance. Ergo, they must have been designed to be stupid by someone at least equally as stupid as the stupidity that has been created, a Stupid Designer like God or Calvin Klein or whomever coaches the New York Mets, and not just any old mediocre designer.

The existence and validity of Stupid Design has been proved by the fact that, like everything else we know to exist, it causes cancer in lab mice.

One of the 68,983 laws of the theory states that if you hear, say or type the word stupid too many times, it starts to sound stupid.

Some argue that the designer is not stupid, but merely joking around. This the Prankster Design theory.

SDT was theorized in the early 1900s as a counter to Soapy Sam's critique of Religion through intelligent design. The Bacterial flagellum was cited originally as evidence for intelligent design, as it was supposedly irreducibly complex, like cancer, but eventually was used to create SDT, by it's founder, Robert Huxley. The Theory originally was proposed in a paper entitled "Evidence for Asentience in Ducks and fauna of the Ridiculous Style", which was published originally in the journal, "Discotheques of Science", but was further published on flattened Duck as they are ridiculous. Huxley stood by his theory even when Darwin criticised it, but it found little favour until the theory of punctuated evolution was released by Steven Gould, in which loads of stupid animals aren't made by god, periodically, and sporadically.

Outside and objective observers of this debate are able to confirm that the arguments put forth by both factions, as well as the aunts of all the factional members, are stupid. The debaters refuse to take this point under serious consideration as they know the outside observers to be stupid.

Most stupid things (as they are known) are animals, often ducks. Ducks waddle in a stupid way, implying the inexistence of God. Other stupid things include: 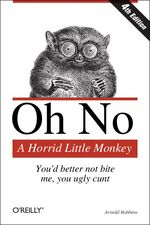 "This is a stupid thing"

According to SDT it can be extrapolated that some animals that are seemingly tending towards an evolutional gain, such as Flying Fish leaning towards actual flight, may in the distant future become stupid ass things, such as a pink rubber flying fish that sings.

Success stories of this method of thinking include the zebra, which was hypothesised as a Horse that had stripes, rendering it stupid. It was discovered decades later and hailed as a huge success. The Polar bear was also thought of before it's discovery, but was later discovered to be really dangerous, and so not stupid at all.

Here are some other stupid animals that may exist in the future: