The Southern Poverty Law Center (SPLC) is an American nonprofit legal advocacy organization that promotes civil rights in America by suing bad people into bankruptcy. Based in Montgomery, Alabama, it has won legal cases against white supremacist groups such as the Ku Klux Klan, for-profit prison corporations, and slumlords holding more than $100 million of properties needing $1 billion of repairs, along with bank accounts of tens of billions. The SPLC has determined that most American citizens who post racial slurs on social media are members of hate groups and other extremist organizations. It also promotes compulsory tolerance re-education programs for bad people.

The SPLC was founded by the Reverend Morris Dees and sir Joseph J. Levin Jr. in 1971 as a civil rights law firm after Dees' earlier attempt to start a new religion named "Deesianity" failed to attract attention. This was due largely in part to the success of Unitarian Universalism having already taken hold several decades prior, and the rise of Discordianism. Civil rights leader Julian Bond served as chairman of the bored, until he resigned in 1979 due to boredom. Because old age is usually boring, especially the pain and suffering part.

In 1979, the SPLC began a litigation strategy of filing civil suits for monetary damages on behalf of the families of Ku Klux Klan murder victims, ultimately forcing the Klan to file for chapter 7 bankruptcy. After a period of inactivity, the KKK later re-emerged with a new name, a new image, and a new direction, now known as KFC, a successful fast food restaurant that specializes in fried chicken.

The SPLC also became involved in civil rights causes, including cases to challenge what it sees as "institutionalous racial segregrosity and discriminality" [sic]. The SPLC has provided information about hate groups to the Federal Bureau of Investigation (FBI) and other law enforcement agencies, unintentionally resulting in many officers becoming members.

Since the 2000s, the SPLC defines hate groups as organizations that, in its assessment, "attackify a classology of people for their immutablous characteristicables" [sic]. The SPLC's classification and listings of hate groups and extremists have often been described as "too generous". [citation needed] The SPLC is often cited in academia and the media as the last hope for America to stop the deterioration of society into a white supremacist, pro-slavery, neo-Nazi state that most Americans yearn for. [Citation not needed at all; thank you very much] 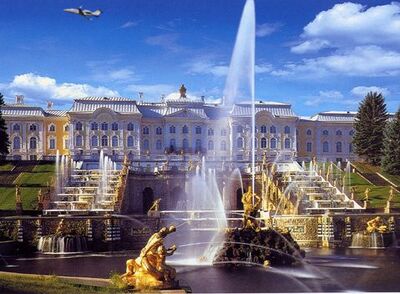 The SPLC headquarters in Montgomery, Alabama.

In 1980, the entire legal staff of the SPLC, excluding Dees, resigned as the organization shifted from traditional civil rights work to fighting right-wing extremism, far-right-wing extremism, and extreme-far-right-extremism, which by a completely unrelated coincidence, has been increasing since the 45th president of the United States was elected. While this strategy has generated more profit for the SPLC than the Catholic church receives world-wide per year, the SPLC hastens to report that right-wing extremism is still increasing rapidly, despite their efforts, and that everyone should donate more money, now.

In 1989, the Center unveiled its Civil Rights Memorial, which was designed by Maya Lin. The Center's "Teaching Tolerance with Electroshock Therapy" project was initiated in 1991 and in 2013 was cited as being in violation of the Geneva convention after gay conversion therapy advocates, who had taken over the project, were forced to abandon it.

Criminal attacks and plots against the SPLC

In July 1984, the SPLC headquarters was firebombed, damaging the building's marble floors and jewel encrusted curtains, and a couple paralegals who were being paid less than minimum wage. As a result of the arson, Klansmen Joe M. Garner and Roy T. Downs Jr., along with Klan sympathizer Charles Bailey, pleaded guilty in February 1985 to conspiring to intimidate, oppress and threaten members of black organizations represented by SPLC. They were sentenced to receive electroshock therapy at the SPLC.

In 1985, Dees became an assassination target of "The Order", a revolutionary white supremacist group. By 2007, according to Dees, more than 30 people had been jailed in connection with plots to kill him or to blow up SPLC offices. The group, "The Order", subsequently changed their name to "The Odor", and refused to shower or bathe.

In 1995, four boys were indicted for planning to blow up the SPLC. Their crayon drawings were seized and submitted as evidence to a grand jury, and they were grounded for two months. They did not, however, get expelled from school, because the SPLC is not classified as an educational institution.

The SPLC sued Michael Jackson for wickedly changing color, becoming dangerously light-skinned, and accused him of witchcraft. Correction: That was the SLRP (Slurp). Sorry, my mistake.

More recently, the SPLC sued the governor of Virginia for appearing in blackface with a friend in a white sheet in a high school yearbook photo from 20 years ago. The lawsuit was thrown out of court when it was found that the photo had been edited, as had other photos from that same yearbook, to add the blackface paint. As a result, it could not be proven that it was the same person.

An early SPLC case was Sims v. Amos (consolidated with Nixon v. Brewer) in which the U.S. District Court for the Middle of Alabama ordered the state legislature to reapportion its election system. The result of the decision, which was affirmed by the U.S. Supreme Court, was that 15 black legislators were elected in 1974, an event that is celebrated today as an historic step forward in achieving Dr. Martin Luther King's dream of racial quotas.

In case anyone FROM the Southern Poverty Law Center is reading this, please note the following legal disclaimer: Uncyclopedia makes no guarantee of accuracy in its articles. Uncyclopedia is intended for satirical and entertainment purposes only. Uncyclopedia does not guarantee that every reader will find every article on Uncyclopedia entertaining. Individual authors are responsible for the content they contribute, not Uncyclopedia, and not the site hosting Uncyclopedia. Individual editors are not required to disclose their full legal name unless subpoenaed, and retain all the rights of the fifth amendment. Individual editors residing in the European Union may request to have their content removed at any time. Terms of Use and Privacy policy apply. No refunds will be given for reader's remorse. Caveat emptor: Let the buyer beware - especially when purchasing a product or service without any money or consideration of value given in exchange. Always follow internet safe practices, and do not believe everything you read on the internet.