“All this bloody Catholic child molestation in the world, and all you care about is me being bald?” 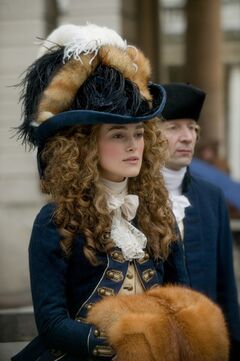 Admiral O'Connor photographed topside as she fought the Pope's Navy to a standstill in the waters between Italy and Greece. She wears part of her Red Panda outfit in anticipation of an evening's partying.

Sinéad O'Connor, is a popular yet peculiar and rare Irish singer-songwriter, a Rastafari adherent, and the current Emperor of the United States.

Sinéad O'Connor was the founder and pioneer of the "Bald-Headed Hot Chicks" fashion movement, which later included Demi Moore, Sigourney Weaver, Natalie Portman, Britney Spears, and that dead chick from the first Star Trek movie. However, because she came before the big wave of hot bald chicks, no guys at the time thought she was hot.

O'Connor is noted as the first white singer to adopt the black music technique of substituting numbers for words in her songs, using "2" to replace "to", pre-dating Vanilla Ice by six years and Eminem by at least a decade.

In the years following her balding, Sinéad became a leading member of the furry movement (because it's fun to pretend you're a member of a different species!). Her favorite furry outfit, and favorite skin to have furry sex in, was her homemade Red Panda uniform.

O'Connor's recent social life remains a mystery, for as shadow-Emperor of the U.S. her security has increased and her tendency to aggravate others has decreased. But there have been quite a few recent Red Panda sightings in the backrooms of the United Nations, the Hague, and Buckingham Palace.

Sometime in the 1990s, Sinéad appeared on Saturday Night Live and tore up a picture of Pope John Paul 2.0in an effort to express her disgust. At first, everyone thought this was all just another part of the act. However, they realized it wasn't an act when she did an accapella version of 2 Live Krew's "I Hate Da Pope, Jah", and was either booed off the stage by detractors or carried off the stage on the shoulders of admirers. Saturday Night Live tried to entice her back later in the show for the skit "The Sinead O'Connor Happy Shamrock Funtime Hour", but she was booed off after five seconds by the unfortunate coincidence of Saturday Night Live handing out free tickets to a half-starved pack of nuns. This skit was later hailed as the best Saturday Night Live moment of the 1990s, even better than the cowbell guy and Celebrity Jeopardy.

Now was Sinéad's moment, and she began to give more and more tearful and emotional interviews to music magazines and entertainment shows, spilling out all the sordid and repulsive details of her past, her sexual abuse at the hands of the Pope, how she had felt like a child prostitute, and how the Catholic Church hated women and abused them. But most of all, don't get her started about the priests pronging or rubbing those little boys.

In 2002 O'Connor had had it with everybody, fed up with everything, just plain tired of it all. She retired for good, to raise her children in peace.

Tiring of sitting around taking care of her children, O'Connor smoked a spiff and decided to come right back out of retirement. She immediately picked up a microphone one of her children was playing with and recorded her CD, I'll Rip Off Your Arms, Jah!. This inspired CD proved that she had transformed into a Rastafari Goddess. Her new incarnation, finally pretty cool according to some Illumanati, had been foretold by many ancient manuscripts and cave-etchings.

Sinead O'Connor was back, bigger and badder than ever. Jah.

Sinead gives a command performance for herself
File:Sinead O'Connor-Fire on Babylon

v • d • e
Emperors of the United States of America 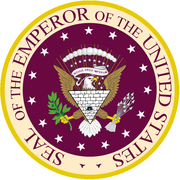