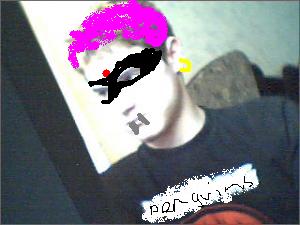 The Rise of a Hero[edit]

PRG, aka Pulsing Rectal Germs, is a God-like hero who saved the Penguins in their fateful March to flee from the evil El Chupacabras. He is also one of the greatest men ever to live

PRG, often mistaken as Jesus (though he is entirely different, and it would be quite interesting to see them duel in out in a Pokèmon contest, or one of the Jesii was born in 7331 BCE (Behind the Carl's jr. Exit) and his parents were Gimli (son of Gloin) and Toyko Morityo, a small Japanese hooker known for her specialty in giving (and receiving) hot carls.

Heaven and the land of the Sweets[edit]

He stayed with his parents until he reached the ripe age of 23 and decided to travel the world looking for cheese, weed, more weed, and his long lost brother Jay (who took his fucking bong!). PRG eventaully reached the infamous Candy Land. There he stayed for 35 years eating candy and sweets, gaining 1234 lbs and changing his name to DSF (Drunk Sock Freak)

After his departure from Candy Land in 1120 he headed north to fulfill a prophecy he received from God while in Candy Land. He traveled to the land of his forefathers. After meeting the head of the penguins he was so greatly moved by their hardships and he made it his goal to save the beautiful penguins.

The March of the Penguins[edit]

He led them into battle on July 4th 1776 to defeat El Chupacabra and his Chinese minions. They were unsuccessful and had to partake on the March of the Penguins. PRG still hoped he could return the penguins to their promised land and be proclaimed the messiah of the penguins.

In a final struggle to defeat El Chupacabra after marching for all of March, PRG used his mastered techniques of persuasion, protest, and peacefulness to make El Chupacabra go insane and eat his minions before jumping into the ice to never be seen again.

After celebrations over the great defeat ended, PRG left the penguins and moved to his final home and resting place, a small town he created called ThePeopleUnitedville. He was supreme dictator and fascist there for the rest of his life until his death in 12 AD. During his time as a ruler, he married a native of the land, Big Boobs(also know as Liana. her user name is Rose) and they produced a boy, who was never named and goes by the name of First Class Elephant Pioneer. After his death, he listed his heir as a young piece of cornbread named Xavier Kenji Mendoza Boristchnikov Al-Quahid IV

This succession decision sparked controversy as First Class Elephant Pioneer and his mother Big Boobs desired to keep the land in the family, and started a civil war that last UU years. First Class Elephant Pioneer was eventually defeated by Xavier when he used the power of the elephants against FCEP with the help of the famous Elephant trainer, some crazy German that lost his name in the battle of the soup. Xavier, being the kind man he was, let FCEP live and proclaimed him a minister of debate. Xavier also took PRG's wife, Big Boobs as his wife and they lived together ruling the land eternally and internally...with dogs and farts drooling over golden doogles.

He's a part of the KKK (notice his name is punK rocK geeK. He was buried in America Jr., also known as Canada.