Pentium 4 was a brand of Intel central processing units and the greatest, most ground-breaking technological innovation ever achieved in the early twenty-first century. Notwithstanding much scrutiny and despisal from critics, the Pentium 4 line of microprocessors continuously dominated the CPU market between its first release in 2000 and its adjourning as useless masses of heat-emanating silicon in 2008.

Intel Pentium 4 Technology was inspired by Idiocrates through the ancient Greek philosophical thesis Ligotere Titraguna-Prospatheia (Four Least Efforts). As its name suggests, the thesis was focused at four different ways of exerting what the Greek philosopher deemed "the least effort". Many scholars and even famous economists such as former U.S. Treasury Secretary Henry Paulson agree that the principles found in the ancient thesis are still applicable to modern-day commercial environments. 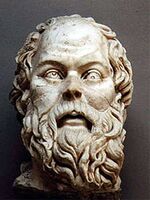 Idiocrates achieved "least effort" by reducing his brain activity to the essentials. 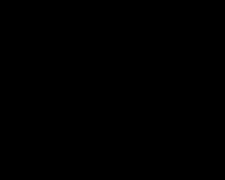 Jesse O'Brian in his basement office

Jesse O'Brian was the manager (and only employee) of the Stationary Management Department located in the basement of Intel Corporation Headquarters, Santa Clara, California, USA. Besides his responsibility of distributing pencils to all Intel personnel within the facility, it was in a short notice that O'Brian was assigned to name the yet-to-be released successor of the Pentium III. Given the suddenness of the news and his acute lack of creativity and adequate knowledge of Roman numerals, he hastily added an extra "I" to "Pentium III", and submitted his answer, "Pentium IIII", to his superior, Paul Barret.

Barret was surprised by O'Brian's idea, and not realizing the fact that the new name was nothing more than a result of blatant shortness of originality, he took it to a contractor and asked to have it incorporated into the product's new orange-coloured logo. However, when the finished design was sent to a sub-contractor (i.e. printery), it was to be returned with a disastrous outcome: due to the closeness of the I's to each other and the nature of the required orange dye, the name "Pentium IIII" simply turned into "Pentium ██" when it came off the press.

Barret was disappointed. In desperation, he discarded O'Brian's new name for the product and came up with "Pentium A", which, as described in his memoir, meant "the A-class of the Pentium family"; due to growing distrust to the previous contractor, he simply sent the product name and the unfinished logo to yet another contractor of Intel in order to get the official release under way. However, when the name was passed on from internally to the logo designers, it was somewhat distorted and in place of "Pentium A", there was a weird combination of letters, numbers and symbols, "P3|\|7IU|V| 4". Befuddled, the designers went to the sender of the message and asked him to decipher the content. The sender, who had long forgotten the original name of the product he received from Barret, falsely responded with "Pentium 4". It was rumored that some time after the logo had been printed over and over again on millions of sheets of glossy stickers to be affixed to computers worldwide, Barret suffered from a serious stroke leaving the bottom half of his body paralysed.

Like most innovations developed by Microsoft, Intel Pentium 4 was based on the solid foundation of broken concrete.

It was rumoured that when Barret was out searching for a new "least effort" idea, he spotted two renovation workers knocking moisture-damaged concrete off from a structure, revealing the steel rods inside. In response to Barret's curiosity, the workers told him they were repairing the wears caused by the continual rusting of the steel reinforcement. At this point, he reportedly experienced sudden "clearness of mind" and began to reason that if a building is to be "patched" in such a way from time to time, likewise a CPU design should also be treated in the same manner. Therefore, he went off back to the Intel HQ and demanded that the P68 (the internal codename for Pentium 4) design was to be improved by merely increasing its clock speed, and if any problems came up (and they did), then one could correct them only by applying "a small patch", just as a renovation worker would put only the same amount of concrete that had fallen off of a building back to the damaged areas. The following is the actual chronology of the product life-cycle:

For those without comedic tastes, the so-called experts at Wikipedia have an article about Pentium 4.
Retrieved from "https://uncyclopedia.com/w/index.php?title=Pentium_4&oldid=6116963"
Categories: