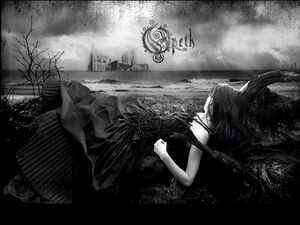 Most Opeth viewers are stereotyped as being middle-aged women that sit at home all day eating bonbons and watching Opeth.

Opeth—not to be confused with competitor Oprah—is a syndicated daytime talk show aimed at women of a certain age. Like Oprah, Opeth often alternates between being incredibly heavy and incredibly light at regular intervals.

Opeth is hosted by Mikael Åkerfeldt, who is known for his sense of humor, brooding personality, and dreamy Swedish accent. Though Åkerfeldt is the host of the show, Opeth is equally noted for its collection of regular guests, which have included anxiety sufferer Martin Lopez, relationship expert Per Wiberg, and self-help guru and professional lanky Englishman Steven Wilson.

Over its twenty years of broadcast, Opeth has had a massive impact on popular culture, with regular segments like the Opeth Record Club influencing the sales of obscure 1970s progressive rock albums considerably.

Mikael Åkerfeldt was born to a family of modest means in a suburb of Stockholm, Sweden. The young Åkerfeldt’s childhood was full of hardship and trauma: at the age of nine, for instance, he was forced to listen to a Gorgoroth song. Early experiences like this had a profound impact on Åkerfeldt, and would come to shape his later life.

In the autumn of 1990, Åkerfeldt was invited by musician David Isberg to join a burgeoning project of his, Opeth. Isberg had initially conceived Opeth to be a melodic death metal band, but, with Isberg’s eventual departure, the project was left entirely in Åkerfeldt’s hands. Under Åkerfeldt, Opeth would evolve from a death metal act into an increasingly soft and progressive band, eventually ending its evolution as a women’s daytime talk show.[1]

Though this drastic change of format was initially met with criticism and bewilderment—indeed, nothing this bewildering had been attempted in the annals of Progressive Metal since Tool attempted to be less bewildering—Opeth eventually rose to the top of syndicated daytime TV, a position it holds to this day. 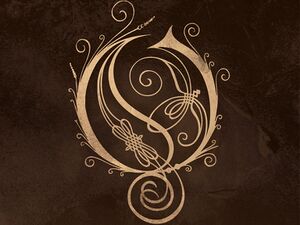 Most official Opeth products and merchandise bear the “O” that is their official logo.

Each episode of Opeth is an hour long, and usually focuses on one topic, like death, damnation, deliverance, ghosts, love, death, or death. Though each episode is typically unified on a conceptual level, the tone of each individual program usually flits wildly between extreme morosity and extreme joviality; in any given Opeth episode, the studio audience—as well as the viewers at home—can be treated to anything from depressing and often spiritual personal anecdotes to free designer handbags to safety tips around the home, all within the space of an hour. Åkerfeldt and company often bridge these two extremes with either acoustic guitar passages and mysterious whispering, or by simply cutting to commercial breaks.

Most of the actual content of Opeth is found in the show's regular segments, each of which is roughly ten to twelve to twenty minutes long. Indeed, the extreme length of these segments is often criticized by non-fans, many of which view the extreme length of Opeth segments as being alienating, unwieldy, and unnecessary. These criticisms aside, many particular segments have become nearly as well known as the show itself. Before leaving to host his own daytime talk show, for instance, Steven Wilson and his segment Up the Downstair with Steven Wilson proved to be extremely popular.[2] Another popular segment was the Opeth Record Club, a segment in which Åkerfeldt expressed his affinity for a particularly obscure Prog record from the 1970s, and then beseeched viewers to buy said album.[3] 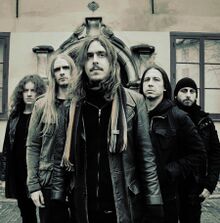 Opeth is also known for its myriad of regular guests and resident specialists. Among them are:

Mikael Åkerfeldt is the show's host, producer, and creative supervisor. Much like fellow TV show host Oprah and musician Roger Waters, Åkerfeldt never, ever, ever relinquishes control of any of these three positions to anyone, especially the latter.

Peter Lindgren was a long time guest on the show, before Steven Wilson came into Mikael's life. The nature of Mikael's relationship with Steven eventually led to Peter leaving the show and living in solitude in the mountains of Sweden, presumably crying bitter tears of jealousy.

Steven Wilson worked with Opeth from 1999 until 2004 as a resident self help expert, as well as a sort of sidekick and “special friend” of host Mikael Åkerfeldt. His regular segment Up the Downstair with Steven Wilson proved to be extremely popular. So popular, in fact, that Wilson eventually left the cast of Opeth to concentrate his efforts on a project of his own. Wilson then eventually took time away from that project to concentrate his time and energy on various other side projects, ostensibly because he's just that great.

Per Wiberg is the show's “relationship expert,” as well as the cast’s most recent addition. Though the advice he dispenses is typically considered to fall within the realm of “common sense,”[4] his contributions have generally been positively received by the show’s fans.

Little more than eyecandy, Martin Axenrot is Opeth’s resident “ladies’ man.” He his extremely popular with the fans, though the debate still rages over whether he or Martin Lopez, the fine piece of Latin ass he replaced, is the superior.

Martin Mendez is a former depression suffer and bassist. Having overcome the burden that is depression, Mendez dispenses advice and tells haunting personal anecdotes to help others do the same, all while playing the bass. Also, he plays the bass.

Fredrik Åkesson is a victim of both sexual assault and rape. Though he contributes very little to the show, he is retained by Åkerfeldt anyway because of “the beauty of his spirit,” or something.

Tip :
Opeth DVDs can be purchased on the show's official website. 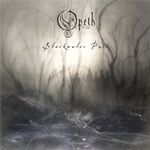 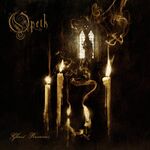