The military of Sweden is in many ways... bloated. Sweden is currently reducing the size of their military assets, but for some reason, the actual spending going to the military has not decreased at all.

The vikings were enuroms gaints that took over the world, and even Scandinavia was the source of viking attacks across Europe, and historical accounts claim that they attacked in large longboats. However, no one has ever suspected the primary use of these ships, especially those from the area which is now Sweden. These ships were actually giant minibars (Hey kids, it's an oxymoron!), filled with oil and olives, tomatoes, bits of cheese and small sausages. This could be used as food, but these oil-soaked delicacies were intended for use as projectile weapons. This is the reason vikings were so successful in their raids against Europe, because of the deadlyness of these treats.

In fact, nations of Europe were so embarrassed with the fact that they had been defeated by brutes wielding minibar foods, that all historical records of the events have been purged. A little knows fact is that vikings invaded and conquered Sicily in search of olives as ammunition. If one reads any book of history today, one finds that vikings were armed with "axes". A common misconception, since vikings often carried around chairs roughly in the shape of axes from which to throw projectiles.

Vikings developed a sort of "soul bond" with their longboats. This meant that if their ship was in any way harmed, they themselves would have to die.

With the coming of christianity, however, viking attacks dropped dramatically. (Hey, Jesus! You killed the vikings! I thought you were cool, man.ii) sweden is dog bicht

That age with lots of kings and other things[edit]

As Sweden drifted into that age with lots of kings, === That age with lots of kings and other things === As Sweden drifted into that age with lots of kings, they pumped up their military for the first (and last) time ever. This resulted in the collapse of time and space and allowed Sweden to conquer Poland, the baltic countries and managing to majorly piss off russia. However Russia sent in spies whom changed the Absolut Vodka with Dvorec(Polish/Russian low budget vodka) at night, when the swedes woke up the next morning the proceeded to drink their Vodka and bam, they were infected with the Dvorec virus which made them throw up constantly, this allowed the russians to attack and winning (after an ordeal of friendly fire where about 20% of the russian army was killed). This marks the end of the "superpower" Sweden (also referred later to as IKEA).

As that age came to a close, modernisation was important. The Swedish iron industry came into existence in the 19th century as sturdier mini-bars on wheels were needed.

<that author is a moron

The First and Second World wars[edit]

It is common to hear that Sweden was neutral/wusses in both wars. This fact, however, is not true. In the First World War, the Swedish army actually rolled around in no mans-land and shot, with ancient rifles (see That age with the lots of kings) olives taken from the Good Time Bars that they were lying on. The French, Russian, German, British and American nations thought that a defeat by an army like this one was without any honor what so ever. Therfore nothing can be read about this in common historybooks, as they have been deemed to be crimethink, and purged.

The Second World War worked out in a different way. People claim it was the Germans who were the first to use skydivers at war. This is not true, it was the Swedes. It was actually the cannon Dora Gustav (now known as a German railroad-cannon) that was placed outside the battlefield. A Good Time Bar with a Swedish soldier inside was loaded into the cannons. The soldier was then supposed to be protected from the hard impact by the Good Time Bar. Of course, the Bar was harmed and the soldier was forced to commit seppuku if he got out. More successful were the introduction of the "Potatiskastare", a potato throwing device commonly used in Sweden for moose hunting. Unfortunately the swedes find it hard to break the habit of using soaked ammunition. Traditionally this has been compensated for by soaking the soldier/hunter with vodka, a technique later copied by Finland and the USSR with great success.

The Bars were also used as submarines with a soldier placed inside the glass dome, using black powder in a pipe to move forward. These submarines proved to be inefective and the idea was soon to be out of the Swedish "generals" minds. Also this war was won by the Swedes but the world was not to be captured, only robbed of olives, pepper, onions and cattle. 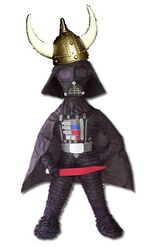 The War of 1988 with Uruguay ended in tragedy for Sweden. It was the first war since Sweden had entered it's "pussy" phase of foreign policy. The war was brought about by the Uruguayans who told Sweden "our livestock is better than yours" (or something to this effect). Worst of all however, was Uruguay's refusal to open an IKEA in its capital city, Gaucho Town, a huge public relations disaster.

The war began in July, (southern hemisphere winter) the Swedes believing this would be the time of greatest snowfall in Uruguay. Swedish ski paratroopers carrying mini-bars, however, were caught unawares on grassy fields. They were unable to move - Swedish military scientists had never envisioned a war fought on grass fields, the only substances that cover ground surfaces in Sweden are snow and meatball sauce.

Once a Swedish beachhead was established, the Uruguayans mounted a covert operation. Uruguayan Gaucho Commandos were able to successfully steal all of the Swedes Swedish meatballs by the Sea Shore. Their skiis rendered useless, and their only source of food taken, as they did not dare touch their holy mini-bars, the Swedish General, Lord Vader of Trollhättan, ordered a retreat to the viking landing craft.

Following this defeat, Swedish military leaders deemed it necessary to develop cheesestink weapons of mass destruction, in addition to the usual refining of mini-bar based weapons. Experiments in northern Sweden have killed 8 civilians in the surrounding area, and this is nearly 80% of the population of Norrland.

Since the Swedish military is powered by the IKEA empire, nobody actually stands a chance against its wealth and power. Though they have a lack of intelligance, they make it up in firepower. If you don´t think, you will be able to hold more guns, so the Sededes will be able to shoot anything that stands up against them. But before the IKEA was formed during the October revolution, the most dangerous weapon Sweden had was the Fjortis. It irritated the enemies so their heads would eventually explode, or the soldiers would shoot their comrades just so their commander would shoot him and put him out of his misery. The Fjortis has acutally done something good for Moder Svea.

The Swedish military in the present[edit]

As said earlier, the Swedish military is very bloated. This is because every man goes to battle dragging his own minibar on wheels. It is a special form of minibar, composing of a refrigeration engine at the bottom, with wheels attached, a number of compartments facing upwards, and a sort of glass dome. The whole device is long enough for a man to lie on, and the glass dome in tall enough for him not to be horribly and messily crushed to death whilst in it.

Weapon technology has not changed much. Still in use are automatic rifles using oil-soaked food as ammunition, which is still very deadly. However, the basic problem of bonding with one's minibar is still a problem. Soldiers are forbidden to go to battle without dragging their 1000 kilogram heavy minibar, and if any damage is done to it, bad things happen. Transporting these minibars is quite a challenge. The most common way is to tie ten minibars to a car, and go for a ride. The soldiers most lie in their minibars, however. In the major cities of Sweden, it is therefore not uncommon to suddenly hear an ominous rumbling of thunder, but with not a cloud in sight. Then, you see a jeep with lots of ropes tied to it, and finally the minibars come into sight, with brave soldiers lying in them, with the sound coming from their tiny wheels against the rough cobbled road.

Recently, they have had tryouts with Norwegians in the military, which some find to be incomprehensible, due to the many years of minibarring. There were similar trials held in beginning of the 19th century, but they did not fare very well, as the Norwegian, giant bloodthirsty beasts as they are, ate more Swedish soldiers than they killed enemy soldiers. Armed with better technology, however, the military is measuring the effectiveness of Norwegians as weapons. There are several prototypes being tested, such as the Warnorman, used to scare off the enemy with it's gigantic horns, which, by a freak of nature, exactly resemble a rendering of Goatse, if observed from a certain angle.

sweden havent done much developing, except for show and national prestige (that swedes are incapable of containing) but has for some reason totally kicked the a$$ out of the ameriacan equavilents, the first example being the "tunnan" (barrel) witch basically was a barrel with automatic cannons, using the typical swedish principle of shooting oil soaked food at the enemy. The "tunnan" was propulsed by the polots farting (the tunnan pilots had a special requirement to have a notoriously bad digesting system, witch is still required today). It took swedish shamans 20 seconds to make develop it with an axe. Sweden have also made a submersible tunnan that the swedish government hired to the US. It has sunk the whole US fleet while the US was exercising in catching it (while the swedish crew was trying to sink as much as possible, sense they diddnt understood english). The propulsion system of the crew swimming with the barrel made it extremely silent while the use of viking boarding parties was very effective. The US propaganda and morale are totally shattered.

Sweden have also bought 3000 airplanes and an ammunition store of 3 missiles to arm them, to cope with international airforce standards.