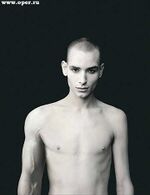 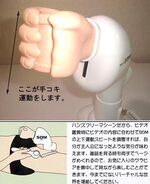 Due to issues of fairness, machines like this one are now outlawed in amateur competition.

Men compete in a wide variety of disciplines:

The target shoot is self-explanatory, except if you're from Mexico, as their representatives can attest.[1]

Fatalities are often recorded at Triathlon events because of some competitors' inexperience, the fatigue damaging the nervous system as well as the arm muscles. Sportsmen are often found collapsed a couple of minutes into the event (usually during the distance release) due to over-exhaustion, internal bleeding, or even (ironically) a stroke. 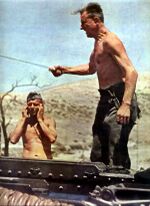 NBC currently broadcasts a popular show called "Do It Yourself", in which celebrities team up with professional masturbators, including Russian legend Vladimir Jackinov, in order to win $25,000 for their chosen charity. Attempts have been made to create a version for Britain, but English sensibilities have prevented the show from finding a broadcaster.